Cities are lobbying to host ARPA-H. Experts don’t understand why 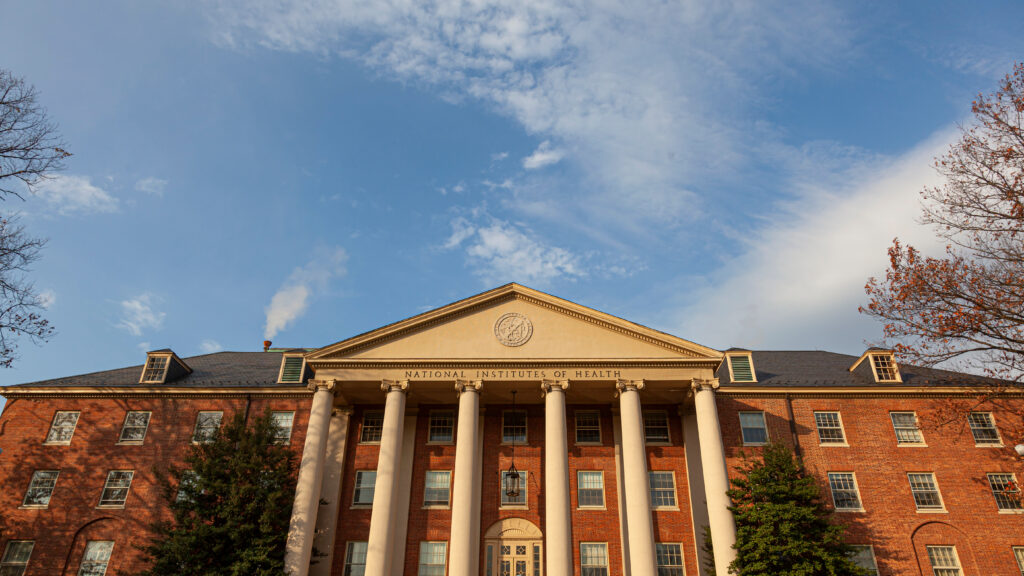 They picture a futuristic office building transforming a city’s skyline. Inside it sits a cadre of best-in-class scientists, working feverishly to help local companies develop the next generation of biomedical breakthroughs, transforming the city’s economy along the way.

That pretty daydream has spurred cities and states as diverse as Chicago, Philadelphia, St. Louis, Cleveland, Massachusetts, Georgia, North Carolina, and Texas to launch elaborate campaigns aimed at making sure the new agency lands in their backyard.

“This is a crazy and unnecessary bidding war. People don’t recognize: this is not a big, shiny building with a lot of lab equipment and clinical space,” said Francis Collins, the former director of the National Institutes of Health and current White House science adviser, in a recent interview.

The frenzy surrounding the new science office, known formally as the Advanced Research Projects Agency for Health, suggests that the agency’s structure and mission are poorly understood — both by the lawmakers funding it and by the local officials seeking to entice it to their cities or states.

Instead of transforming its host city, Collins and other experts told STAT, ARPA-H’s true impact will likely be felt elsewhere. The agency’s scientists won’t hole up in a major biotech hub like Boston or Austin as they develop groundbreaking new drugs or medical devices. Instead, they’ll be sifting through documents, deciding which companies or universities should be awarded contracts to do the work themselves — then boarding a plane or a train to check their progress.

“It’s a bunch of carrels with people who are sitting in them: program managers who half the time are on airplanes going to look after the projects they’re supporting,” Collins said.

Even if those projects prove transformational, experts say, it’s unlikely to change life in the agency’s host city.

“It’s the location of the performer, not the funder, that matters,” said Bhaven Sampat, a Columbia University professor who studies the politics and economics of government-funded research.

In the search for an ARPA-H director, the White House is zeroing in on DARPA veterans

In other words: If the agency awards a contract to a company based in San Francisco, the economic impact will be felt there — not in the city where an ARPA-H employee handles the paperwork.

Even the agency’s workforce might not do much to bolster the local economy or create scientific prestige. DARPA, the Pentagon science agency that ARPA-H is modeled after, only employs about 200 people. ARPA-H, with a budget one-third the size of its sibling agency, will likely be even smaller.

Its office in suburban Virginia is also not seen as a hub of innovation in and of itself. Instead, most outside observers say the real success stories are the companies DARPA has funded, like Boeing and Moderna — based in Seattle and Cambridge, Mass., respectively.

DARPA’s project managers also only serve limited terms of roughly two years, with the possibility of staying on for another few years afterward. It’s rare to serve more than five years, meaning that agency employees might not even buy homes or otherwise plant roots in the area.

Biden’s new high-stakes research agency needs a home. For cities and states, the race for ARPA-H is on

In a best-case scenario, Sampat said, playing host to ARPA-H could create a “halo effect” for scientists deciding which universities or companies to work for.

“It could cement or crystallize a particular region, especially an up-and-coming region, as a cool place to be to be doing life sciences research,” he said. “But that’s an indirect effect.”

If anything, Sampat argued, the location of ARPA-H matters to the agency, but not the city itself. Establishing a headquarters in a known biotech hub, for instance, could help convince scientists who already live there to spend a few years working for the government. Meanwhile, establishing a headquarters in a city without an established scientific infrastructure could make it harder to recruit ambitious, visionary program managers.

“The location of ARPA-H is more important for ARPA-H than it is for the city that hosts it,” he said.

Still, cities and states seem set on winning the ARPA-H headquarters — perhaps none more than Texas, which has sent delegations of local business and research leaders to Washington twice in the last six weeks.

Other groups are making their case, too. Chicago’s sales pitch includes a lengthy portion on health equity and racial health disparities. St. Louis touted the presence of a Pfizer facility that contributed to the development of Covid-19 vaccines. Philadelphia makes prominent mention of the precise number of nonstop destinations — 140 — available from its airport.

Every city or state in the hunt has enlisted its congressional representatives, who have issued statements or penned open letters to health secretary Xavier Becerra. And while each local effort has played up the strength of its region’s universities, labs, and life sciences sector, some cities have focused on other characteristics, too.

Not all, however, are casting ARPA-H as economically transformative. Instead, many are simply seeking the indirect effects that Sampat predicted.

“I do think the halo effect is real,” said Heath Naquin, the vice president of government for the Science Center, an organization working to entice the ARPA-H headquarters to Philadelphia. Among other impacts, Naquin cited the cachet of hosting the agency; the potential that program managers might stay in Philadelphia even after their government service ends; and the potential that local researchers at institutions like Penn or Drexel might spend a few years working at the agency, then return with new experience and inspiration.

But he acknowledged that cities expecting ARPA-H to transform their economy or scientific landscape will likely be disappointed.

“Is a billion dollars flowing into the region? Absolutely not,” he said.

Despite cities’ advocacy, it’s not yet clear whether ARPA-H will be housed outside the Washington, D.C. area, or what the process would be for picking a different host city. Lawmakers awarded the new agency $1 billion in March, and Becerra appointed a deputy director in late May.

Exclusive analysis of biopharma, health policy, and the life sciences.

President Biden has not yet selected an inaugural director for the agency, though STAT reported last month that contenders include several former officials from DARPA, the Pentagon science agency ARPA-H is modeled after.

While the new agency has a budget and the ability to hire staff, lawmakers are still working on a bill that would bestow ARPA-H with formal operating authority. One of those bills may be the reason for the lobbying frenzy: A proposal from Sens. Patty Murray (D-Wash.) and Roy Blunt (R-Mo.) that would prohibit its headquarters from being located in or near the Washington, D.C. region.

The proposal is part of a broader effort to keep ARPA-H separate from the National Institutes of Health, which is located in Bethesda, Md., just north of the capital.

The two agencies have radically different approaches to funding research. While the NIH largely funds “basic science” projects aimed at fundamental breakthroughs, ARPA-H funds ambitious research that is likely to fail, but that could transform the health care world if it succeeds.

Want to Maintain Muscle? Frequency of Workouts Is Key