Born With a Heart Defect, 13-Year-Old Now Thrives at Dance 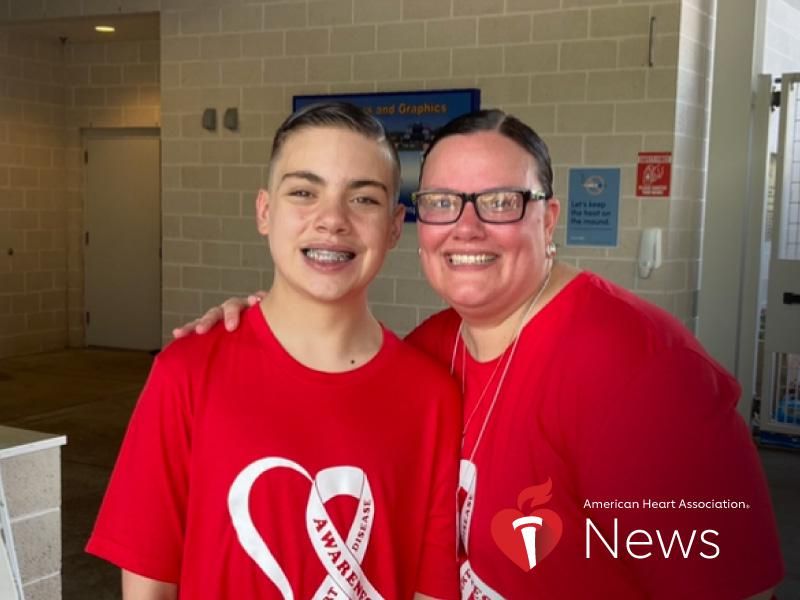 Three days after giving birth to her son, Anthony, Tanya Lydon was still in the hospital. She thought the lengthy stay was a little odd, but at the same time, the doctor gave no indication that anything was wrong, so she tried not to worry.

Her suspicions intensified after a nurse brought an electrocardiogram machine into the room. The device was going to measure the electrical activity of Anthony’s heart.

The machine was facing Tanya, who had gone to school to learn how to be an EKG technician.

“I’m looking at it and I said, ‘God, that doesn’t look right,'” Tanya recalled. “But I never did an EKG on an infant. I always did one on an adult, so I didn’t think anything of it.”

Around midnight, a doctor came to her bedside. By that time, a nurse had taken Anthony to the neonatal intensive care unit.

The doctor told Tanya that her son had hypoplastic left heart syndrome, a congenital heart defect in which parts of the left side of the heart, including the left ventricle and aorta, are too small. This makes it difficult for the heart to pump oxygen-rich blood to the rest of the body.

Tanya and her husband, Jerry, elected to have Anthony’s heart surgically rebuilt. This would require a series of three surgeries over the next three years. The end result would allow blood flow to bypass the left side of his heart, thus increasing flow to the rest of the body.

The first surgery came within a week of the diagnosis. The second followed when Anthony was 5 months old. Both went relatively well.

The third surgery occurred when Anthony was 2 years old. While the procedure itself went smoothly, Anthony was diagnosed with another problem called a complete heart block. It occurs when the electrical signals that regulate the heartbeat can’t pass from the upper to the lower chambers of the heart. This prevents the heart from contracting properly, which in turn limits the heart’s ability to effectively pump blood to the rest of the body.

To treat this, doctors implanted a pacemaker. In adults, the device is normally placed near the collarbone. In Anthony, it was located in his stomach.

“When he was younger, he used to call it his ‘easy button’ because he was so skinny and you could literally see it,” Tanya said.

Ever since the surgeries, Anthony has enjoyed a mostly normal upbringing near Scranton, Pennsylvania. Now 13, his favorite activity is dance.

The passion began when he was 4. Tanya took him to a dance studio seeking some form of physical activity since he couldn’t play sports.

He takes two-hour lessons about three days a week at a school where one of his teachers is his cousin, who also happens to be a Philadelphia Eagles cheerleader.

Anthony does everything from tap and jazz to ballet and hip-hop. His favorite type is contemporary, which he describes as a type of dance that intertwines a story. This year, he played Dr. Jekyll in a piece based on the novel by Robert Louis Stevenson.

“Our teachers say before we go on, ‘Don’t pay attention to the people. Just look up and do the moves and dances,'” Anthony said.

Tanya describes her son as a typical 13-year-old who happens to have a heart condition. He loves video games. He’s starting to get interested in dance for another reason, too.

“He’s all in with girls. He thinks he’s the coolest,” she said.

Tanya knows Anthony could eventually need a transplant. Right now, though, it’s not on the radar.

“He does his activities, he goes to school, he has a ton of friends,” she said. “I literally hope it stays like that.”

Anthony speaks with other boys and girls who have his condition, though the topic of conversation isn’t usually the condition itself. They might talk about what activities they can do if they can’t play sports.

He tells them to “be brave” and points to himself as proof that people emerge from surgery safely.

“I just really want them to know that they’re all going to be OK,” he said.