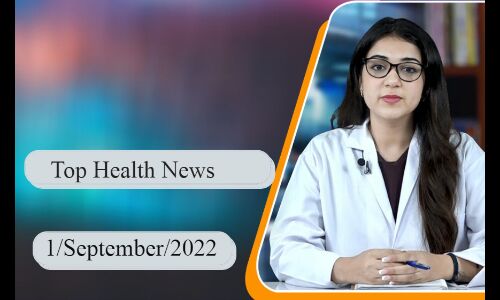 Here are the top health news for the day:
SC issues notice to Govt over vaccination-related deaths of two girls

In reference to the writ suit filed over the deaths of two girls following the COVID-19 vaccination, Hetvi Patel, the lawyer for Venugopalan Govindan, whose daughter Karunya, 18, passed away last year, confirmed that the Supreme Court issued notice to the Union of India.

Hetvi Patel, lawyer for Venugopalan Govindan, told ET, “The court agreed to hear the matter and issued notice to the Union of India today.”

For more details check out the link given below:

Study: Phones will be the death of us

Ageing process of the body may be accelerated with the excessive blue light from TVs, smartphones, laptops, according to a study conducted in fruit flies.

The study, published in the journal Frontiers in Aging, suggests that avoidance of excessive blue light exposure may be a good anti-ageing strategy.

The researchers have previously shown that fruit flies exposed to light “turn on” stress protective genes, and that those kept in constant darkness lived longer.

Previously, studies have linked too much screen use to disorders such as obesity and psychological problems.

In an unfortunate incident, a 66-year-old patient who suffered injuries in a bike accident died inside the ambulance in which he was carried to the Kozhikode Medical College after the door of the vehicle failed to open.

The patient has been identified as Koyamon from nearby Feroke. The incident occurred on Monday afternoon.

The door of the ambulance got jammed for almost half an hour, causing a delay in shifting the wounded man to the casualty ward of the hospital.

For more details, check out the link given below:

Powerful Protection for Women Against Tumors

Use of Pot, Hallucinogens Soaring Among Young Americans