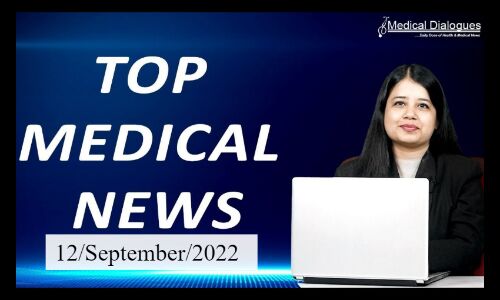 Here are the top medical news for the day:
Study finds antibiotics may worsen melanoma: Here’s how
The use of broad-spectrum antibiotics in mice with malignant melanoma, an aggressive form of skin cancer, accelerated their metastatic bone growth, likely because the drugs depleted the mice’s intestinal flora and weakened their immune response, according to a new study by researchers at Emory University in Atlanta.
The researchers hypothesized that using antibiotics to deplete the gut microbiome of mice would affect their intestinal immune cells and thus alter their immune response, leading to accelerated bone metastasis. They injected B16‐F10 melanoma cells into the hearts and bones of mice that had been treated with broad‐spectrum antibiotics. As predicted, the antibiotic injections accelerated bone metastatic growth in those mice, compared with control mice that had not received the shots.
Ref:
MEETING ASBMR 2022 Annual Meeting
Air pollution may trigger lung cancer in never-smokers
A new mechanism has been identified through which very small pollutant particles in the air may trigger lung cancer in people who have never smoked, paving the way to new prevention approaches and development of therapies, according to late-breaking data [to be] reported at the ESMO Congress 2022.
In the laboratory studies, the Francis Crick Institute scientists showed that the same pollutant particles (PM2.5) promoted rapid changes in airway cells which had mutations in EGFR and in another gene linked to lung cancer called KRAS, driving them towards a cancer stem cell like state.
Ref:
Charles Swanton et al,Annals of Oncology
Progression-free survival in advanced melanoma improved by Cell therapy
A novel treatment strategy with personalized cell therapy significantly improves progression-free survival compared to standard immunotherapy in patients with advanced melanoma, according to ground-breaking results reported at the ESMO Congress 2022 from the phase 3 M14TIL trial.
The treatment essentially involves taking a small sample from a patient’s resected tumor, growing immune T cells from the tumor in the laboratory and then infusing the personalized TIL therapy back into the patient following chemotherapy. TILs recognize tumor cells as abnormal, penetrate them and then work to kill them.
JOURNAL Annals of Oncology, MEETING ESMO Congress 2022

Is the Latest Polio Scare Actually Caused by the Vaccine?