Taking care of pets has been shown to provide a plethora of health benefits. Now, dog lovers may have a new reason to love their pets more as two new studies found that owning a dog is tied to a longer life, with a lower risk of premature death, especially among those who had a heart attack and stroke.

Dog ownership may be linked with a reduced risk of premature death and better cardiovascular outcomes. Two separate studies by the American Heart Association (AHA) showed that canine companionship might be good for people with heart disease and those who are living alone.

“The findings in these two well-done studies and analyses build upon prior studies and the conclusions of the 2013 AHA Scientific Statement ‘Pet Ownership and Cardiovascular Risk’ that dog ownership is associated with reductions in factors that contribute to cardiac risk and cardiovascular events,” Dr. Glenn Levine, chair of the writing group of the American Heart Association’s scientific statement on pet ownership, said.

The new studies also provide quality data pointing to dog ownership as a good method to reduce the risk of premature death, including cardiac and all-cause mortality.

The study findings, published in Circulation: Cardiovascular Quality and Outcomes, a journal of the American Heart Association (AHA), showed significant results from more than 3 million people. The researchers found that people who own dogs had lower blood pressure, milder stress response, and healthier cholesterol levels, than those who don’t own dogs.

It is well-known that having a pet, regardless of the type, provides many health benefits, including relief of anxiety, depression, stress, social isolation, and loneliness. But there had been no known study to provide accurate results of how pets can help prolong life.

To further investigate, the researchers studied medical literature from 1950 onwards. They found ten studies about dog ownership, which included about 3.8 million respondents. They found that dog owners were 24 percent less likely to die over the next ten years than those who do not own dogs.

The researchers looked at people who own dogs and those without dogs after a cardiovascular event like a heart attack or stroke, using health data from the Swedish National Patient Register. The respondents were between the ages of 40 and 85 who had a ischemic stroke or heart attack between 2001 and 2012.

The researchers tied the lower risk of death to dog ownership, hinting that perhaps the increase in physical activity and reduced loneliness or depression, may contribute to overall well-being. According to the researchers, social isolation is a huge factor for the development of worse health outcomes and premature death, especially those who already experienced serious diseases.

The study findings provide data on the positive effects of dog ownership in people who had a cardiovascular event. Further research is important to determine the causal relationship of the factors, and to provide recommendations for prescribing dogs for prevention of serious cardiovascular conditions. 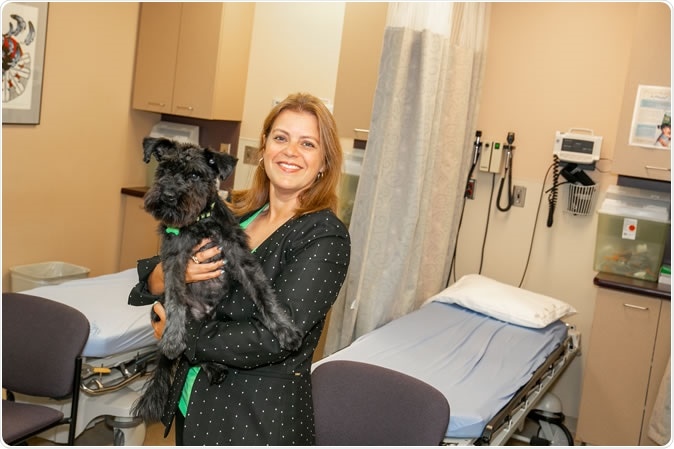 “Our findings suggest that having a dog is associated with longer life. Our analyses did not account for confounders such as better fitness or an overall healthier lifestyle that could be associated with dog ownership. The results, however, were very positive,” said Dr. Kramer. “The next step on this topic would be an interventional study to evaluate cardiovascular outcomes after adopting a dog and the social and psychological benefits of dog ownership. As a dog owner myself, I can say that adopting Romeo (the author’s miniature Schnauzer) has increased my steps and physical activity each day, and he has filled my daily routine with joy and unconditional love.”