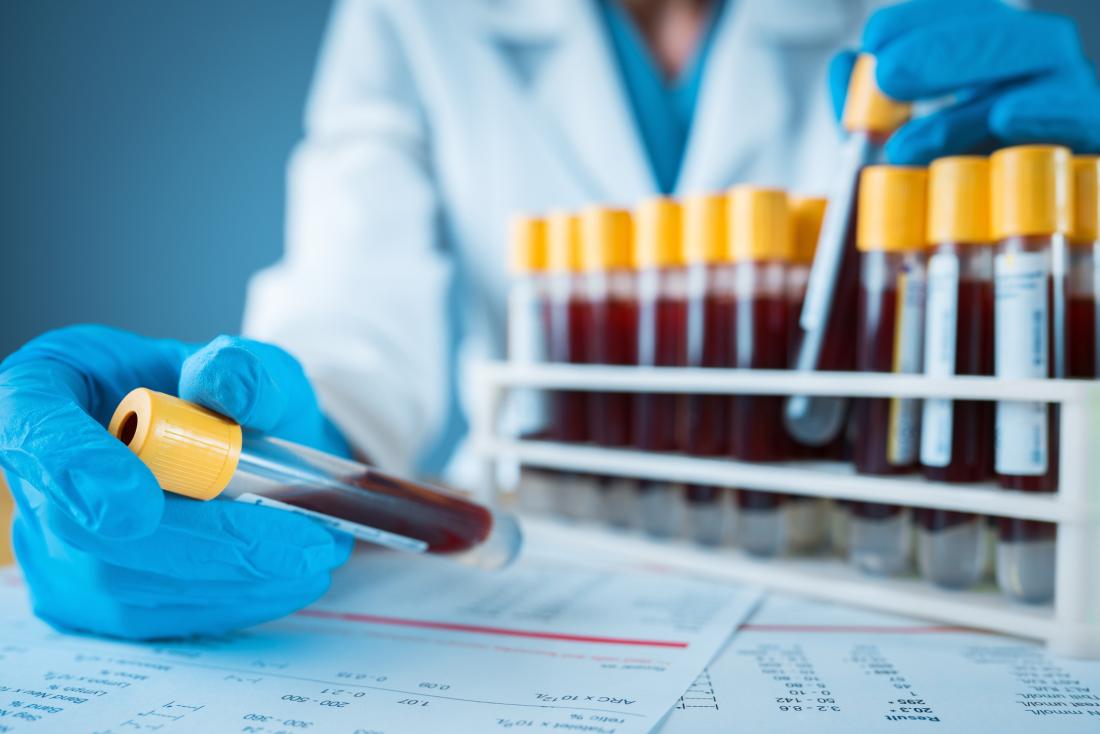 A simple blood test could make a great difference for those with brain cancer.

Dr. Matthew J. Baker, a reader in the Department of Pure and Applied Chemistry at the University of Strathclyde in Glasgow, United Kingdom, is the lead author of the new research.

He and his colleagues have now published their findings in the journal Nature Communications.

Of the study, Dr. Baker says, “This is the first publication of data from our clinical feasibility study, and it is the first demonstration that our blood test works in the clinic.”

Although it is quite rare, brain cancer often has a poor outlook.

According to the National Cancer Institute, around 0.6% of people will develop brain cancer or another cancer of the nervous system in their lifetime.

However, the 5 year survival rate for those who do receive such a diagnosis is less than 33%.

Largely, the poor outlook is due to the fact that brain tumors have very nonspecific symptoms, which makes them more difficult to distinguish from other conditions.

Study co-author Dr. Paul Brennan — a senior clinical lecturer and consultant neurosurgeon at the University of Edinburgh in the U.K. — explains, “Diagnosing brain tumors is difficult, leading to delays and frustration for lots of [people].”

“The problem is that symptoms of brain tumor are quite nonspecific, such as headache, or memory problems. It can be difficult for doctors to tell which people are most likely to have a brain tumor,” he adds.

The lack of cost effective tests that can help doctors triage people with brain tumors in primary care also means that it takes longer to accurately diagnose brain cancer. This ultimately results in a poorer outlook.

The team’s new blood test brings much needed hope in this regard. Dr. Baker and colleagues used infrared light to create a “bio-signature” of people’s blood samples and applied artificial intelligence to scan for signs of cancer.

The test correctly identified brain cancer in a cohort of 104 people 87% of the time.

A more rapid means of diagnosis

As the researchers explain in their paper, they used a technique called attenuated total reflection-Fourier transform infrared (ATR-FTIR) spectroscopy and coupled it with machine learning technology to detect brain cancer.

The authors explain that the technique is “a simple, label free, noninvasive, nondestructive” way of analyzing the biochemical profile of a blood sample without requiring extensive preparation of the sample.

The ATR-FTIR technique allowed the researchers to work out a biochemical “fingerprint” of brain cancer.

Dr. Baker and team trained a machine learning algorithm to use these biochemical fingerprints to diagnose brain cancer in a retrospective cohort of 724 people. This cohort included people with primary and secondary cancers as well as control participants without cancer.

They then used the algorithm to predict brain cancer cases in a sample of 104 participants. Of these, 12 people had cancer, including four cases of glioblastoma. This is one of the most aggressive forms of brain tumor.

The findings revealed a sensitivity of 83.3% and a specificity of 87% for the blood test. “With this new test, we have shown that we can help doctors quickly identify which [people] with these nonspecific symptoms should be prioritized for urgent brain imaging,” says Dr. Brennan.

“This,” he adds, “means a more rapid diagnosis for people with a brain tumor, and quicker access to treatment.”

Hayley Smith — an ambassador for the Brain Tumor Charity in Hampshire, U.K. — adds that it is “very encouraging to hear that this blood test can lead to a quicker diagnosis for brain cancer.”

Smith was not involved in the research.