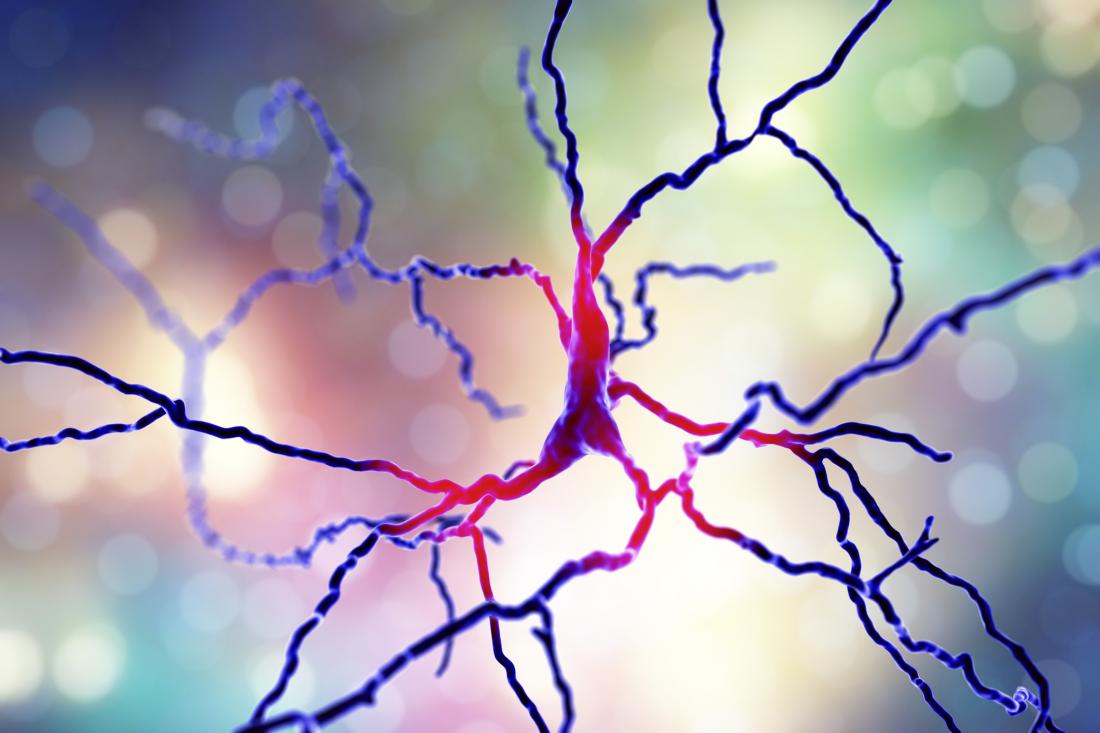 Dr. Dimitri Krainc, chair of neurology and director of the Center for Neurogenetics at Northwestern University Feinberg School of Medicine in Chicago, IL, is the last and corresponding author of the study, which appears in the journal Science Translational Medicine.

Parkinson’s disease is a neurodegenerative condition affecting more than 1 million people in the United States and 4 million adults or more across the world.

Although most Parkinson’s cases occur in people without a family history of the disease, understanding the genetic risk factors is critical. This fact is true because, even in such “sporadic” cases, the inheritance pattern may still exist — although it may be unknown.

Furthermore, when genetic mutations do raise the risk of Parkinson’s, “the inheritance pattern is usually unknown,” according to the National Institutes of Health (NIH).

Alterations in the GBA1 gene, in particular, are “important risk factors” for the development of Parkinson’s disease. The GBA1 gene encodes the so-called lysosomal enzyme glucocerebrosidase (GCase), an enzyme that is key for normal neuronal function.

As the authors of the new study explain in their paper, previous research has suggested that targeting GCase could have therapeutic benefits.

However, while past research and experimental treatments have suggested fixing the mutated enzymes, the new study suggests an alternative approach: activating and enhancing healthy, nonmutated ones.

Krainc and colleagues write that GBA1 mutations “represent the most common risk factor for Parkinson’s disease.”

Mutations in this gene can produce defects in GCase enzymes, which then contribute to the toxic buildup of protein in the dopamine producing neurons that Parkinson’s typically affects.

Dr. Krainc explains that most drug development for Parkinson’s has so far relied on stabilizing the mutated gene, but such treatments would only work in a limited number of Parkinson’s cases.

In the paper, the researchers show that they developed and used a new range of chemical compounds that activated and amplified normal, wild type GCase.

Experiments revealed that doing so improved cellular function in neurons collected from people with Parkinson’s.

The authors conclude, “Our findings point to activation of wild type GCase by small molecule modulators as a potential therapeutic approach for treating familial and sporadic forms of [Parkinson’s disease] that exhibit decreased GCase activity.”

The corresponding researcher also says that the chemical modulators, or activators, alleviated cellular dysfunction that various types of Parkinson’s induced, suggesting that the approach could work in people with different versions of the condition.

“Our work points to the potential for modulating wild type GCase activity and protein levels in both genetic and idiopathic forms of [Parkinsons’s disease] and highlights the importance of personalized or precision neurology in development of novel therapies.”

More research is necessary, and Dr. Krainc emphasizes the need to use human neurons when trying to develop new drugs for Parkinson’s, as some features of the disorder only manifest in human neurons and not in rodent models.