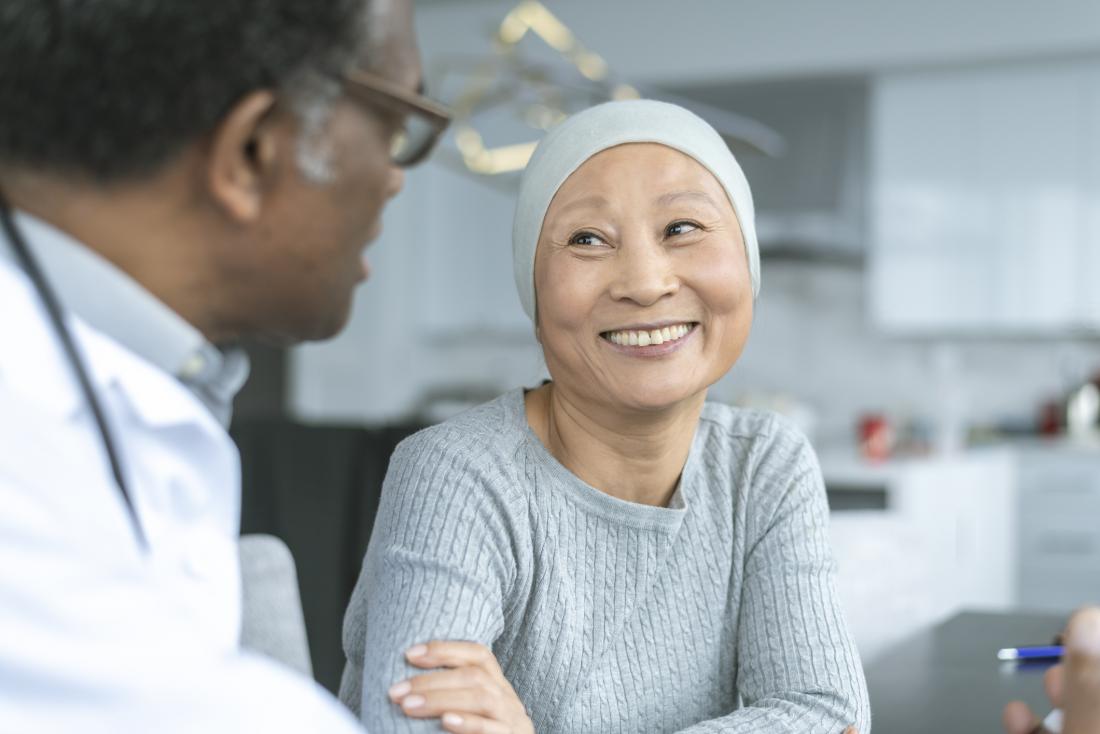 New research suggests that proton therapy may be a better treatment than X-ray radiation for people with cancer.

According to estimates from the American Cancer Society, in 2019, doctors will have diagnosed 1,762,450 new cases of cancer, and 606,880 people will have died from the disease.

X-ray radiation is one of the most common therapies for cancer, whether the disease is in its early stages or whether the tumor has spread. Although effective, radiation therapy has a wide range of side effects.

These can include fatigue, skin irritation, fever, nausea, vomiting, and diarrhea, as well as changes in appetite or difficulty eating and swallowing.

New research suggests that proton therapy, also known as proton beam therapy, may have fewer and less severe side effects than X-ray radiation.

Dr. Brian C. Baumann, a radiation oncologist at the Washington University School of Medicine, in St. Louis, MO, is the lead author of the new study. Dr. Baumann and colleagues will present their findings at the American Society of Clinical Oncology’s annual meeting, which will take place in Chicago, IL.

Dr. Baumann and the team examined almost 1,500 people with various forms of cancer, such as cancer of the lung, brain, and head and neck, as well as gastrointestinal and gynecological cancers.

The patients were receiving a combination of chemotherapy and radiation therapy, which is a treatment protocol that usually cures cancer that has not yet spread to the rest of the body.

They collected data on the patients’ side effects and experience of the treatments throughout the study period, adjusting for age and comorbidities. The scientists focused on grade 3 side effects, which are so severe that they require hospitalization.

The study found that the relative risk of severe side effects within 90 treatment days was two-thirds lower for people who received proton therapy, compared with those who received X-ray radiation.

Specifically, only 45 — or 11.5% — of the 391 people who received proton therapy had a severe side effect within 90 days of starting the treatment.

Furthermore, the study did not find a statistically relevant difference in the survival rates, meaning that proton therapy was just as effective a treatment as X-ray radiation.

“Proton therapy was associated with a substantial reduction in the rates of severe, acute side effects — those that cause unplanned hospitalizations or trips to the emergency room — compared with conventional photon, or X-ray, radiation for patients treated with concurrent radiation and chemotherapy.”

“While there have been other studies suggesting that proton therapy may have fewer side effects, we were somewhat surprised by the large magnitude of the benefit,” continues the researcher, adding that patients in the proton group were, on average, 5 years older than those in the X-ray group.

To the authors’ knowledge, this is the first large study to ever compare the side effects of X-ray radiation and proton therapy.

The researchers also explain why proton therapy is more precise than X-ray therapy and carries less risk of damaging healthy tissue around the tumor.

Protons are heavy particles that are positively charged and stop once they reach their target. By contrast, X-ray beams are made of photons, which are particles with no mass.

The lightness of photons enables them to travel easily through the body, but also through healthy tissue on their way out, after they’ve hit their target.