A new paper published by Dr. Zhi-Jiang Zhang and colleagues from Wuhan University in the European Respiratory Journal in April 2020 reports that COVID-19 apparently left little impact on newborns born to infected mothers at the height of the epidemic.

How was the study done?

In the retrospective study, the researchers retrieved information on COVID-19 cases from official records made public by China’s National Health Commission. These records were screened for data from newborn cases occurring in babies less than 28 days old over the period from December 8, 2019, and March 13, 2020. Researchers collected information online and over the phone from family and hospital staff.

Four cases of COVID-19 infected newborns have been identified in China, prompting researchers to investigate the possibility of intrauterine transmission between an infected mother and her newborn.

All four babies were delivered by Caesarean section to mothers diagnosed with COVID-19. Three of the mothers were diagnosed before delivery when they exhibited fever, cough, a decline in appetite, and oil intolerance. One was treated at a level II hospital and three at a level III hospital. Three were separated from the newborn at birth, while one breastfed the newborn for 16 days before displaying symptoms.

Three of the infants were male and were between 30 hours to 17 days old. Two babies had a fever, one had a cough, and one had shortness of breath. One infant was asymptomatic.  All four had positive PCR tests. Increased lung marking was observed in all three CT scans of the lungs.

All four cases reported mild symptoms, and none had to be admitted for intensive care, nor did they require mechanical ventilation. All four survived in excellent health after being in hospital for 16-30 days.

Doctors observed that the newborns exhibited mild symptoms, with no fatalities, as opposed to the higher mortality rates for adults. They described the recovery rate as “encouraging” while also noting that other asymptomatic neonatal patients, as well as those with mild symptoms, may have gone undetected.

Does the study show the presence of intrauterine transmission?

The researchers say their findings support evidence for intrauterine transmission potential of COVID-19. While acknowledging an earlier study on six pregnant women who did not find support for vertical transmission, they found little or no evidence for transmission through other routes.

The possibility of intrapartum transmission during a vaginal delivery was excluded since all four babies were delivered by Caesarean section. Among these, three were under level III protection. Three of the four babies were kept in isolation from birth to the onset of symptoms, did not come in contact with their mothers, and were not breastfed.

However, the researchers warn that the results need further investigation, considering that other transmission routes cannot be ruled out yet. The possibility of transmission through hospital sources could not be eliminated entirely. Viral particles were not found in fetal tissues, including amniotic fluid and cord blood. The number of cases was low, although mild and asymptomatic infections in this group could not be ruled out. Finally, another coronavirus with a similar genome sequence, SARS-CoV-2, was not found to be vertically transmitted. 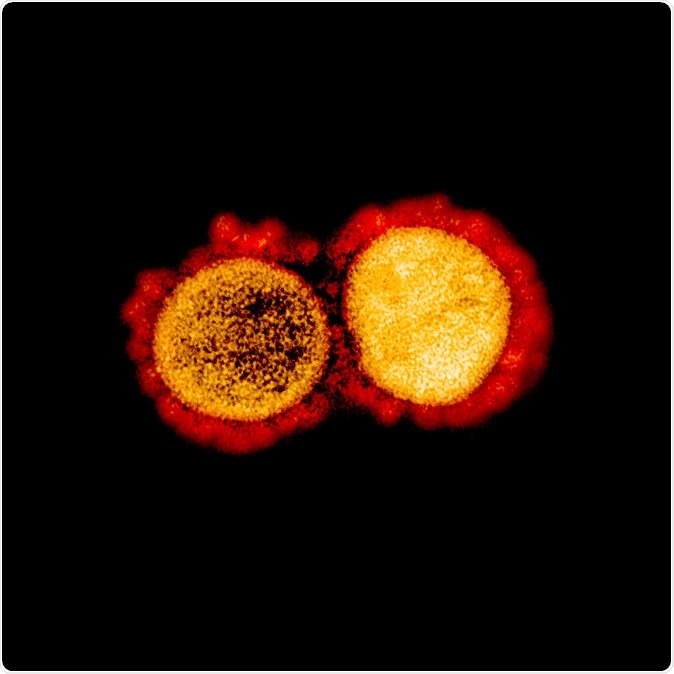 The study is limited by the high possibility that only symptomatic infants were screened for, ignoring the fact that many patients are asymptomatic. Intrauterine samples were not available for the newborns in the study. Lastly, direct detection of the virus was not possible, with reliance on rtPCR for case detection.

The researchers conclude that newborns are less vulnerable to COVID-19 infection, but are also likely to suffer milder symptoms and no complications. Although the findings seem to support intrauterine transmission of the virus, the study has no direct evidence to support it, and further research is required. Finally, the mild nature of symptoms, or their absence altogether, make it difficult to detect the presence of the virus and to prevent its spread in this subgroup.