There are 17 states where the number of coronavirus cases are trending up, and many governors have told citizens that now is an important time to wear a face covering.
Virginia on Tuesday became the latest state to compel people to wear masks in certain situations. The rule applies to anyone 10 years of age or older within a public indoor space, Gov. Ralph Northam said. Masks will be required on public transportation, the governor said.
The US Centers for Disease Control and Prevention recommends wearing a cloth face covering in public when it is hard to stay socially distant.
Dr. Deborah Birx, the White House coronavirus response coordinator, recently said masks definitely prevent the spread of the novel coronavirus. 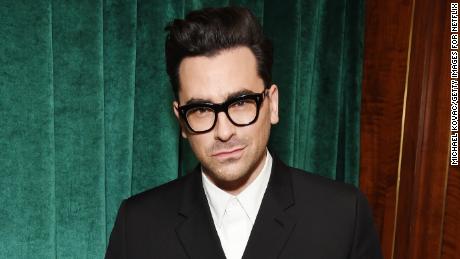 “What we have said to people is there is clear scientific evidence now, by all the droplet experiments that happened, and that others have done, to show that a mask does prevent droplets from reaching others,” Birx said on “Fox News Sunday.”
“We need to be wearing masks in public when we cannot social distance.”
But some Americans have resisted wearing a face covering, arguing that adhering to mask wearing rules feels like a forfeiture of their freedoms.
The city of Stillwater, Oklahoma, revoked an order requiring residents to wear face coverings inside buildings after workers received threats.
In Miami Beach, a man shouted “this is a false flag, a fake pandemic” in a grocery store during a profanity-laced tirade in early May as a code compliance officer told him he needed a mask to enter. A Family Dollar security guard in Michigan was shot dead after he told a woman to wear a face mask, officials said earlier this month.
President Donald Trump doesn’t wear mask in front of the cameras. Critics say he sets a bad example.
Joe Biden on Monday, in his first public appearance in months, wore one while at a Memorial Day event. And a photo of it ended up on the President’s Twitter feed. 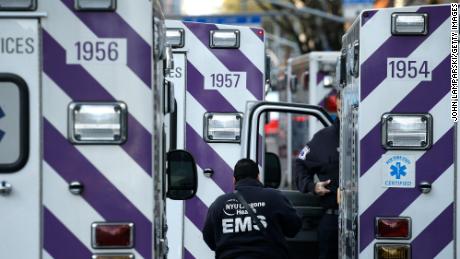 White House Press Secretary Kayleigh McEnaney was asked about a retweet the President posted that included a photo of Biden wearing a mask and sunglasses with the caption: “This might help explain why Trump doesn’t like to wear a mask in public.”
When asked why Trump was apparently criticizing the Democratic presidential candidate, McEnaney quipped: “Look the president’s excited to see that Joe emerged from the basement. It is a bit peculiar though that in his basement, right next to his wife, he’s not wearing a mask. But he’s wearing one outdoors when he’s socially distant. So, I think that there was a discrepancy there.”
The President told reporters he wasn’t criticizing Biden.
In an interview with CNN’s Dana Bash in Delaware — Biden’s first in-person interview since being knocked off the campaign trail by the coronavirus pandemic — the presumptive Democratic presidential nominee said Trump is fueling a cultural opposition to wearing masks when “every leading doc in the world is saying we should wear a mask when you’re in a crowd.”
By Tuesday evening, more than 1,680,000 Americans have been infected with the coronavirus, and more than 98,800 have died, according to Johns Hopkins University.
Track the virus in your state and nationwide

So 50% of antibody tests might be wrong, CDC says

Bosses should not use antibody tests to determine whether employees should come back to work, the US Centers for Disease Control and Prevention says in new guidance.
The serologic tests, which are used to determine whether people have been infected in the past with Covid-19, might be wrong up to half the time.
“In a population where the prevalence is 5%, a test with 90% sensitivity and 95% specificity will yield a positive predictive value of 49%. In other words, less than half of those testing positive will truly have antibodies,” the CDC says.
They are not accurate enough to use to make important policy choices, the CDC says.
“Serologic test results should not be used to make decisions about returning persons to the workplace,” it says. It should not also factor into decisions at correctional facilities, K-12 schools and college residence halls, the CDC says.
It is best to use tests with high specificity, the CDC adds.

‘The disease can jump out at any time’

What used to be typical summer pastimes are now potential breeding grounds for coronavirus.
A cluster of new cases emerged after a swim party in Arkansas. In Atlanta, several recent prep school graduates also tested positive for the coronavirus, including one who had friends over for a graduation party. 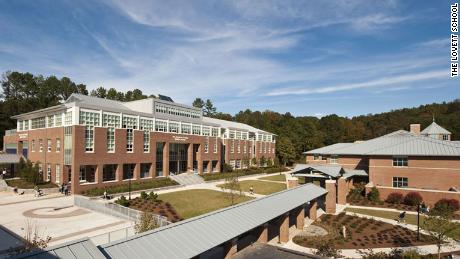 In Arkansas, one of the few states that never enacted a stay-at-home order, Gov. Asa Hutchinson said the state seemed to be experiencing a “second peak.”
Despite the warning, crowds gathered over the weekend in Lake Hamilton, where Karen Lee said many people decided to forgo masks.
“We’re all just embracing it,” Lee told CNN affiliate KARK. “I could get killed by Covid today or I could get hit by a bus or a car tomorrow. I am practicing proper hand washing and hygiene.”
While coronavirus generally doesn’t spread outdoors as easily as it does indoors, there’s still a risk with any cramped crowd — especially because the virus can spread by just talking.
And officials from the World Health Organization say those who ignore measures such as social distancing are at risk of seeing a resurgence of the coronavirus.
“We cannot make assumptions that just because the disease is on the way down now that it’s going to keep going down,” said Dr. Mike Ryan, executive director of WHO’s Health Emergencies Programme. 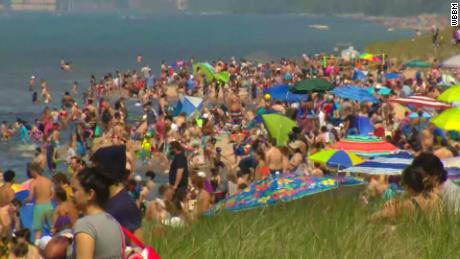 “We need to be also cognizant of the fact that the disease can jump up at any time.”
A hallmark of coronaviruses “is its ability to amplify in certain settings, its ability to cause transmission or super spreading events,” said Maria Van Kerkhove, the WHO’s technical lead for Covid-19 response.
“And we are seeing in a number of situations in these closed settings (that) when the virus has an opportunity, it can transmit readily,” she said.
And while the coronavirus might transmit less efficiently in high temperatures and high humidity, that doesn’t mean it will go away this summer.
“You can catch COVID-19 no matter how sunny or hot the weather is,” the WHO said. “Countries with hot weather have reported cases of Covid-19.”
Where states stand on the reopening process

Authorities are cracking down on rules

To avoid resurgences, state and local officials are trying to enforce restrictions in place across much of the country.
Health officials in St. Louis County, Missouri, issued a travel advisory after videos surfaced from Lake of the Ozarks, where hundreds crowded a pool party. 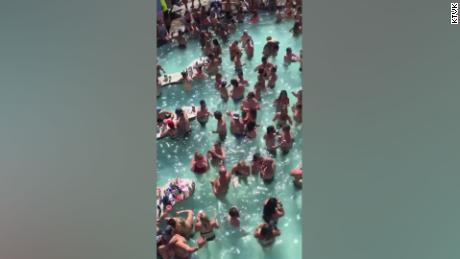 “This reckless behavior endangers countless people and risks setting us back substantially from the progress we have made in slowing the spread of COVID-19,” County Executive Dr. Sam Page said.
Those who were in the area should self-quarantine for two weeks if they didn’t practice social distancing, county officials said.
In Houston, authorities will enforce capacity limits after the city received hundreds of complaints over the weekend of bars and restaurants that were violating those limits.
In Rhode Island, police officers and park rangers were stationed at East Matunuck and Scarborough state beaches to ensure residents were wearing masks and following social distancing restrictions.
.cnnix-tout{width:100%;display:block;margin:0 auto 20px;color:#595959;line-height:21px;border:1px solid #ccc}.cnnix-tout img{width:100%;height:auto}.cnnix-tout a{font-family:’CNN’,Helvetica Neue,Helvetica,Arial,Utkal,sans-serif;-webkit-font-feature-settings:”kern”;font-feature-settings:”kern”;text-rendering:optimizeLegibility;transition:color .2s;text-decoration:none}.cnnix-tout a:hover{color:#c00}.cnnix-tout p{padding:14px 10px;margin:0;font-weight:300;font-family:’CNN’,Helvetica Neue,Helvetica,Arial,Utkal,sans-serif}.cnnix-tout span{font-weight:500;font-size:16px;line-height:20px}@media screen and (min-width:640px){.cnnix-tout{float:left;display:block;width:50%;max-width:300px;margin:10px 30px 20px 0}}
“It’s definitely not the same beach experience,” Department of Environmental Management spokesperson Michael Healey told CNN affiliate WPRI.
There will no longer be lifeguards on duty, parking will be limited, and access to bathrooms, changing rooms and concessions is no longer allowed, WPRI reported.
Your top coronavirus questions, answered

New Rochelle — once the epicenter of New York’s coronavirus outbreak — was starting to reopen Tuesday, Mayor Noam Bramson said.
The suburb north of New York City garnered national headlines after dozens of infections were traced back to one resident, an attorney who worked in Manhattan. 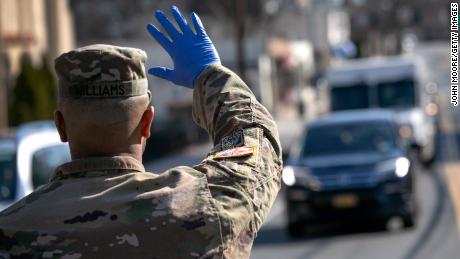 In March, officials announced a 1-mile “containment zone” to help prevent the virus from spreading.
“The resumption of construction and retail pickup in Phase I will be a welcome boost to our local economy, and New Rochelle is already making plans to accelerate our recovery through both business and individual assistance,” Bramson said in a written statement.
“But it is premature to let down our guard. All of us must continue to act responsibly, practice physical distancing, use face coverings, and follow other guidelines intended to safeguard our health at both home and work.”