Every cancer patient’s worst fear during the COVID-19 pandemic has been that delayed treatment may cause their cancer to turn more aggressive.

For Kathy Swan, that fear has been realized.

Swan was first diagnosed with stage I lung cancer several years ago, when she was 55 years old. Swan went to her doctor for a routine physical and he suggested that she have a low-dose lung CT scan because she was a smoker. 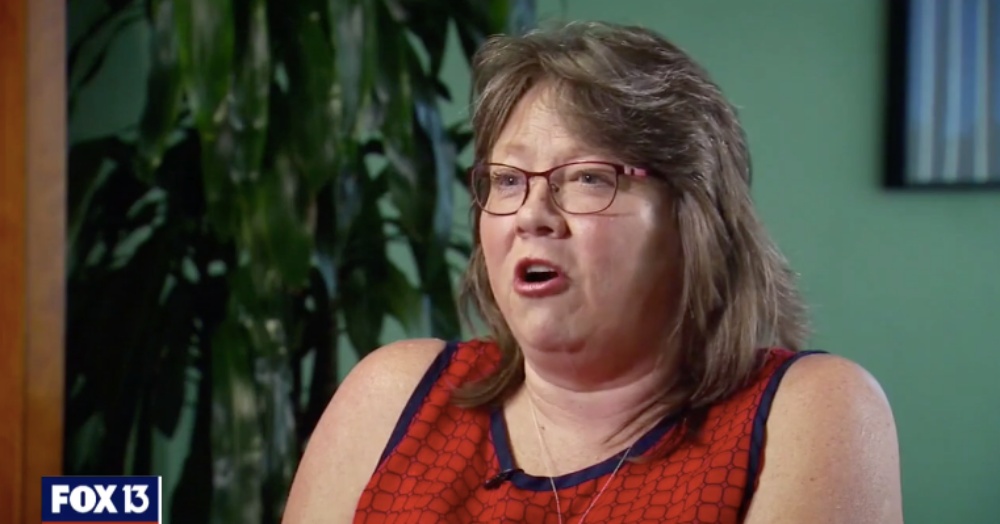 The screening is part of a recommendation for current and former smokers by the U.S. Preventative Task Force. Most insurance companies cover the cost, and under the Affordable Care Act, there should be no co-pay. However, many people who would benefit from this screening aren’t aware this test is available: less than 4% of eligible patients are actually getting this screening.

Swan didn’t have any symptoms but agreed to get the scan. She assumed it would come back clear.

“I went thinking there would be absolutely nothing wrong,” she told Fox 13, “and that’s when they found that I had the nodules.” 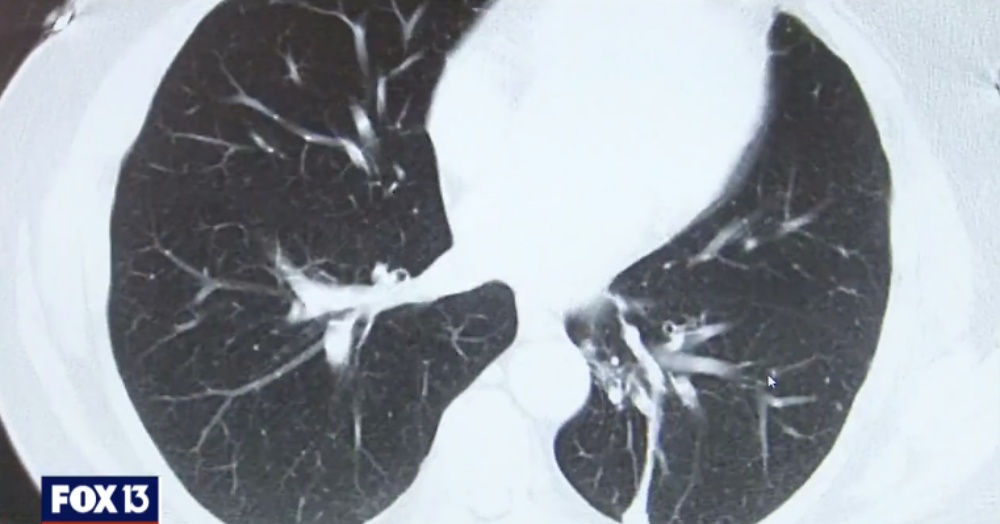 Early-stage lung cancer doesn’t have any symptoms, which is why this screening is so crucial. By the time symptoms crop up, the cancer has usually progressed to a late stage and is 12 times more likely to be fatal within the next five years.

Lung cancer is aggressive. Even patients diagnosed at an early stage only have a five-year survival of about 55%.

Thankfully, Swan’s was caught at an early stage. The only treatment she went through was undergoing surgery to remove the tumor in her left lung. 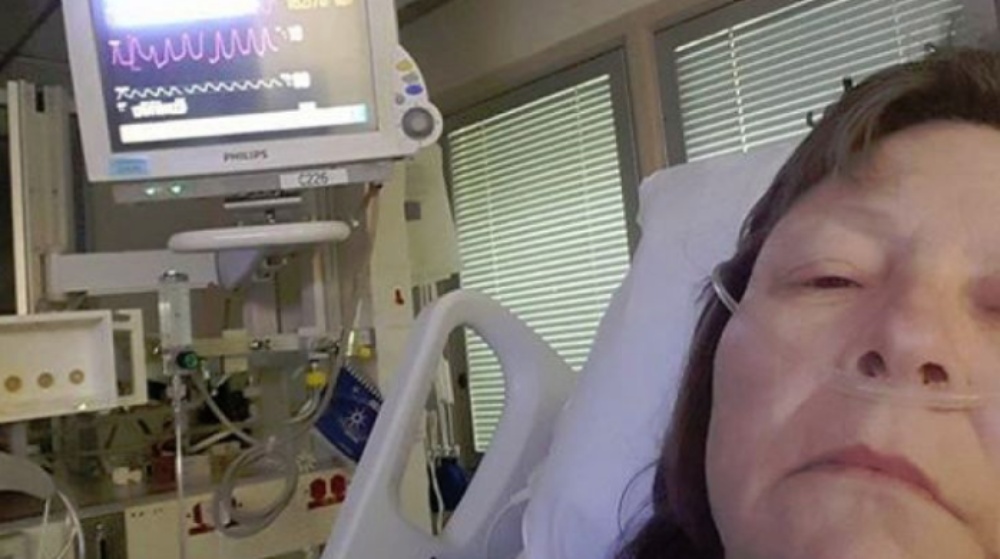 Swan continued to get scans at least twice a year to check the status of her lungs and make sure the cancer hadn’t returned. She stopped smoking cigarettes and switched to E-cigarettes, also known as vaping. (While many people think vaping is safer than smoking real cigarettes because there are less chemicals, it is not considered a safe alternative by The American Heart Association or the Surgeon General, among others.)

For a few years, she stayed cancer-free.

Then, in March of 2020, a scan picked up something suspicious in her right lung. There was no indication the cancer had spread, and was once again caught early. It was recommended that she undergo surgery again to remove the cancer. 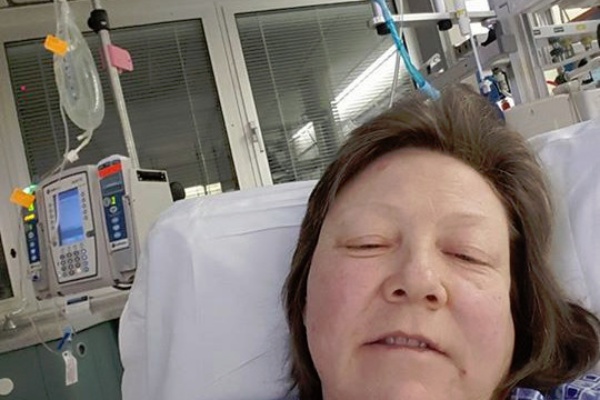 However, the treatment was considered “elective” since it was stage I, and so it was postponed because of the COVID-19 pandemic. The surgery was eventually rescheduled for June.

Swan underwent additional testing to check the status of the cancer before she went under the knife. That’s when she got the devastating news that the cancer that had been confined to her lungs months earlier had spread to her bones, including her spine and ribs.

“I went from Stage 1 to Stage 4 with a fatal swoop of a PET scan and an MRI, within just a few days,” she said. “And I just cried and cried and cried.

“Here I was trying to make sure I didn’t contract COVID and all the while the cancer is just spreading because of it being an ‘elective’ surgery.” 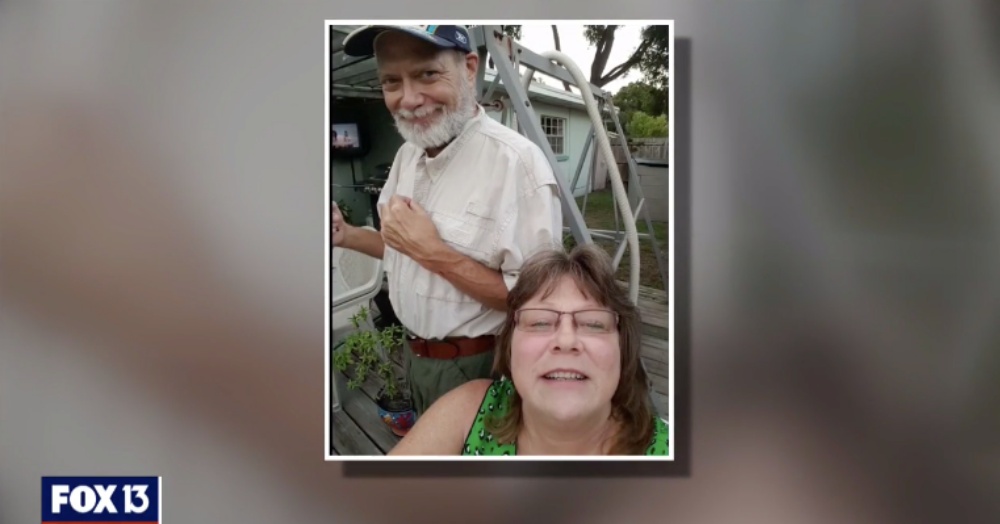 Swan’s partner is also very sick. He’s had five strokes, is on dialysis three times a week, and on top of all that, he has dementia. He can’t drive, and Swan has no living family members to rely on for support.

Swan says she is “devastated” by her diagnosis. She is undergoing a double lung resection and has set up a GoFundMe to help pay for medical bills and give updates.

Learn more in this video.