It has overwhelmed hospitals within a few days, forced people to re-imagine their holiday celebrations and fueled a debate over school reopenings.
Now, the number of confirmed coronavirus cases has hit 3 million.
While the future of the pandemic in the US is still unclear, here’s what has happened in the last few days. 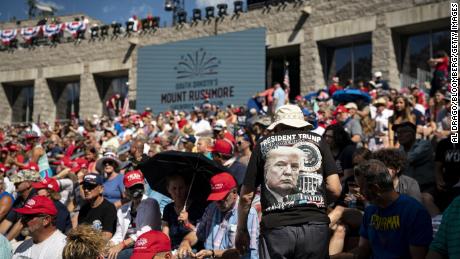 Attendees clustered together for hours before President Donald Trump greeted them last week at Mount Rushmore. During his remarks, the President mentioned the virus once, at the very top of his remarks, thanking those working to fight it.
The following day, Trump delivered a speech on the White House’s South Lawn where few guests appeared to be practicing social distancing and many were not wearing masks.
He made a misleading claim that 99% of coronavirus cases in America are “totally harmless.”

Beaches were packed for the Fourth of July 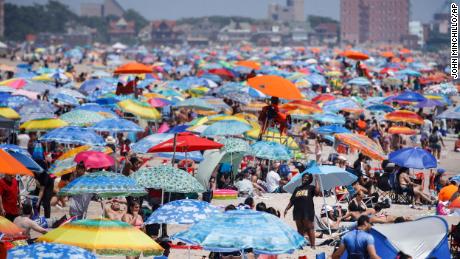 Some Americans altered their traditional Fourth of July celebrations while others flocked to beaches to enjoy the holiday weekend.
Crowds were spotted in Myrtle Beach, South Carolina; New York’s Coney Island and the California beaches of San Diego. In Miami and Los Angeles, beaches remained empty after officials kept them closed for the weekend.

People have waited several hours to get tested 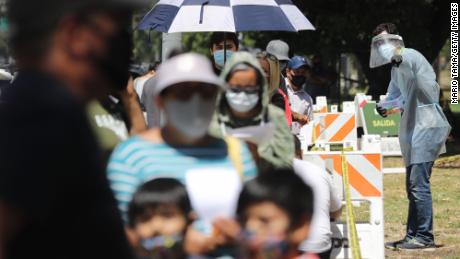 The Covid-19 testing capacity has increased considerably since March but the recent surge of cases is causing long lines to get tested and slow results.
Some people waited for more than four hours on Monday in free drive-up testing sites in Wisconsin, CNN affiliate WKOW reported. Similar wait times were seen in New Orleans and Austin.
In Denver, a testing site at the Pepsi Center closed within a few hours after administering nearly 2,100 tests on Tuesday. About 500 people were still in line when workers stopped allowing cars inside the facility, CNN affiliate KWGN reported. 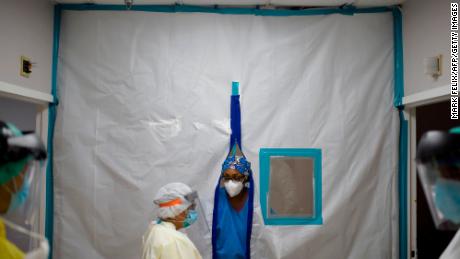 Dozens of intensive care units at Florida hospitals near Miami, Orlando and Tampa have hit capacity and there are concerns that more hospitals could be next.
The number of daily hospitalizations in numerous states has been rising, putting critical resources including staffing, beds and ventilators in short supply.
In Texas’ Rio Grande Valley, a hospital in the city of Weslaco set up a tent outside to help deal with an influx of Covid-19 patients, CNN affiliate KVEO reported.

A debate over school reopenings emerged 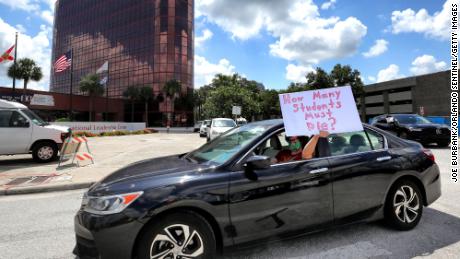 The debate over how schools would reopen in the fall has intensified this week amid coronavirus concerns.
Florida schools have been ordered to reopen in August “at least five days per week for all students,” according to the state’s department of education.
Teachers in some of Florida’s largest school districts are pushing back and gathered to protest.
Meanwhile, Trump is putting pressure on governors to reopen school this fall.
“We’re very much going to put pressure on governors and everybody else to open the schools, to get them open,” Trump said at a White House event on Tuesday.

MLS is coming back despite coronavirus concerns 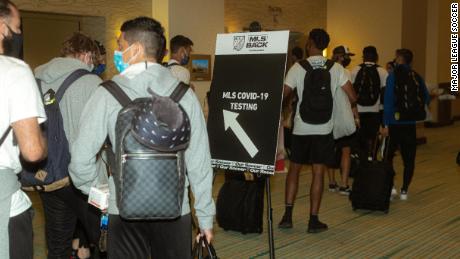 An entire team has withdrawn, individual players have opted out and some opening day matches of Major League Soccer’s MLS is Back Tournament have been postponed.
The league’s modified tournament in Orlando, Florida, is set to kick off Wednesday after more than a dozen people, including FC Dallas and Nashville SC players have tested positive for the virus.