“We were notified yesterday that the county is going to send kindergarten students and first-grade students back into the building August 26,” the Gwinnett County teacher said Wednesday.
“This came as a big surprise to us. Up until now, we’ve been doing and preparing to go virtual. So we’re going to have to pivot.”
School districts across the country are making last-minute pivots and decisions as several students have already tested positive during their first days back. 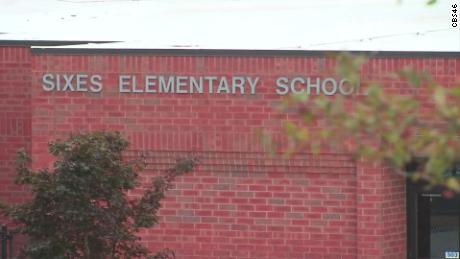 More studies reveal how easily children can get and spread coronavirus. Hundreds of attendees at a Georgia summer camp came down with Covid-19, including 51% of those tested between the ages of 6 and 10.
About 260 employees at Forehand’s school district have already been infected or exposed to coronavirus, Gwinnett County Public Schools said. At least one teacher has resigned after being denied the option to teach from home.
“I have a lot of fears. The community spread is still very high,” Forehand said. “I have asthma. My 2-year-old son is showing indications he as well has asthma.”
Like virtually all teachers, Forehand said, she wants in-person learning to resume as soon as possible — once it’s safe to do so.
But “right now, I am actually afraid for my life,” she said. “And I’m not going to be able to teach any children if I am having to take extended medical leave, or if I die.”

On the flip side, keeping students at home could lead to millions of parents being forced to quit their jobs, according to economists from Goldmach Sachs.
While some parents have jobs that allow them to work from home, many are essential workers who must work jobs outside the house. Single parents and those without access to child care are at risk. 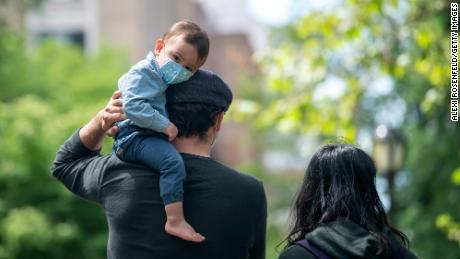 “We have failed the parents and the kids of this country,” said Dr. Edith Bracho-Sanchez, a primary care pediatrician and assistant professor of pediatrics at Columbia University Irving Medical Center.
“This was predictable. This could have been avoided.”
Throughout the pandemic, she’s been asking parents whether their families have enough food to eat or if they’re at risk of getting evicted from their homes.
“Although they have been at risk, and although at times they have not had enough to eat, when I ask them, ‘What are you doing this fall? Are you sending your kids back to school?’ They look at me like I have lost my mind,” the pediatrician said.
“And what they’re starting to tell me is that they have started to quit their jobs, and it’s usually moms who are quitting their jobs so that they can watch their kids at home. And not only watch them — but teach them at home,” Bracho-Sanchez said.
“And so these parents are saying, “No way, no how. I’m not sending my child to school. I’m going to do what’s safest. And if that means that things are going to be even harder for my family, then that’s the way it’s going to be.”
Track the virus in your state and across the US

Speaking to CNN’s Dr. Sanjay Gupta during a Harvard T.H. Chan School of Public Health forum on Wednesday, Dr. Anthony Fauci, the nation’s top infectious disease expert, addressed simple things that Americans can do when dealing with a respiratory virus such as the novel coronavirus.
“Its simplicity is so, so obvious, that people don’t pay attention to it,” Fauci said when asked whether buildings such as schools need to install HEPA filters.
He said if you can, keep windows open.
“Like you mean telling me, we’ve got this big crisis and you’re telling me to open up a window? Yes! I’m telling you to open up the window,” he said.
Fauci said other measures such as filters for air conditioning systems are being considered as research is done on how the virus spreads.
Dr. George Rutherford, principal investigator of the state of California’s contact tracing program, said that he believes the recent Covid-19 outbreak at a sleepaway camp in Georgia is not necessarily an example of what might happen when schools open. 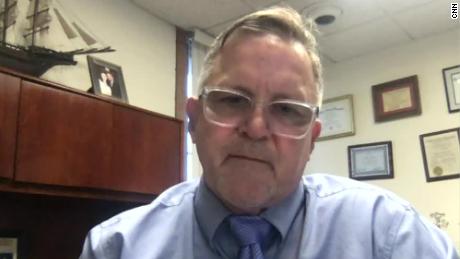 Rutherford and a CDC report pointed out that the children were not wearing masks, there was regular singing and cheering, and that windows and doors were closed in the cabins. These closed windows and doors probably increased recirculated air and the risk factors, according to Rutherford.
Researchers examined test results following a summer camp in Georgia that more than 600 campers and 120 staffers attended. Of the hundreds of people tested, 51% of those ages 6 to 10 tested positive; 44% of those ages 11 to 17 tested positive; and 33% of those ages 18 to 21 tested positive, according to the US Centers for Disease Control and Prevention.

What we know now about kids and Covid-19 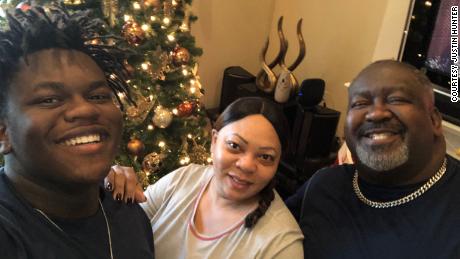 “Kids can transmit the virus. They are susceptible to it,” said Anne Rimoin, an epidemiology professor at UCLA. “And the rates of hospitalization is going up.”
In Florida, for example, the number of children who had been hospitalized with Covid-19 surged 23% in eight days — from 246 to 303.
While children are far less likely to die from Covid-19 than adults, they can still pass the disease on to others.
— A study out of South Korea shows children at least 10 years old can transmit Covid-19 within a household just as much as adults can. 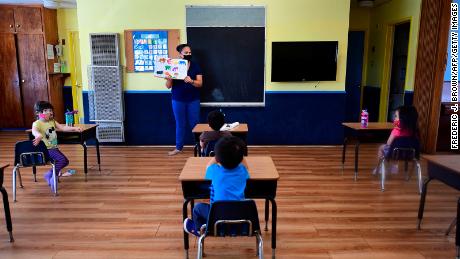 — At some schools that have already reopened, students have tested positive. In Indiana, a student at Greenfield-Central Junior High School attended class for part of a day before receiving a positive test result.
— In Cherokee County in Georgia, three students and one teacher at different schools have tested positive for the virus. At least 61 students and four staff members have been quarantined, school district officials said.

Children from minority and lower socioeconomic backgrounds at greater risk

Covid-19 is affecting minority children and those from lower socioeconomic backgrounds more than their peers, according to a new study. 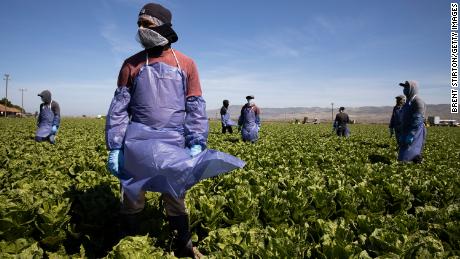 The study, published in the journal Pediatrics, examined 1,000 patients tested at a Children’s National Covid-19 testing site in Washington, DC, between March 21 and April 28.
Of that group, just 7.3% of White children tested positive for coronavirus, in contrast to 30% of Black children and 46.4% of Hispanic children.
Three times as many Black children reported known exposure to the virus as White children did, Dr. Monika Goyal of Children’s National Hospital and colleagues reported.
And while about 9.7% of those in the highest-income quartile were infected, 37.7% in the lowest quartile tested positive, Goyal’s team found.
“Understanding and addressing the root causes of these disparities are needed to mitigate the spread of infection,” the team wrote.