This content originally appeared on Beyond Type 1. Republished with permission.

It seems like most type 1 diabetics out there have a similar start to their story: an overwhelming sense of fatigue, intense and sudden weight loss, an unquenchable thirst, and extraordinarily frequent trips to the bathroom… The start of their new life.

My name is Eoin Costelloe. I’m from Dublin, Ireland and I was diagnosed with type 1 diabetes (T1D) at the age of 19. Like a lot of 19-year-olds, I knew almost nothing about diabetes – let alone never even had a passing thought about being diagnosed myself. Most of the “education” I had received about diabetes consisted of scenes from movies or TV shows. We’ve all seen the stereotypical depiction of a diabetic: the overweight, unhealthy, unfit character. The message seemed to be that a diabetes diagnosis was the result of too much sugar and a serious lack of exercise. So I believed it was something that I would never have to worry about.

At the height of the holiday season back in 2012, I was making the most of my time off school. I was eating out, going to bars with friends (it’s legal at 18 in Ireland), and spending time with family. It was great! The only care I had was the countdown of days until my return to school. 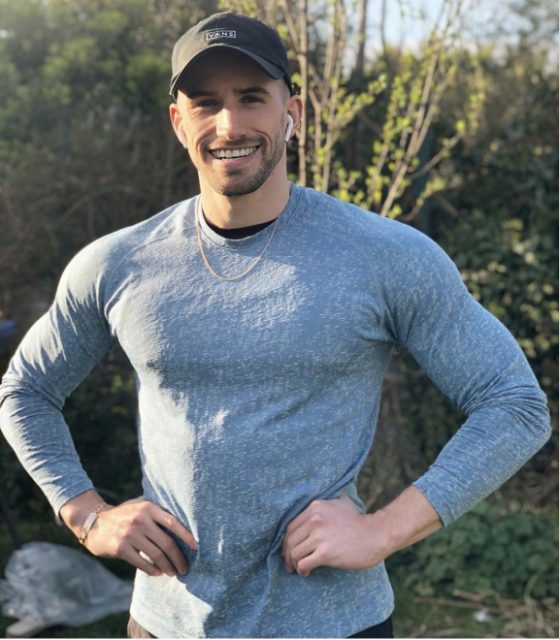 It seemed to happen almost overnight. I started experiencing excessive thirst. I initially thought it was due to dehydration as a result of a couple of beers the previous night. But my thirst could not be satisfied. I would stand by the sink, drinking glass after glass after glass of water. It felt as if I wasn’t drinking anything at all. My body was tired. Not the “I’m just gonna lie down and watch a movie” type of tired. This was different. This was tiredness I never knew existed. This was like my entire body was shutting down like there was a boulder on my back.

Throughout my life, I had always been very active. I played almost every sport you could think of: football, rugby, swimming, basketball, boxing, kickboxing and so on. I have a naturally slim build but had built myself up a bit through working out in the gym. I prioritized my health and wanted to stay in shape consistently.

Over this holiday break, I bumped into a friend who I hadn’t seen in a while. We had barely said our “hellos” before she, almost alarmingly, blurted out the fact that I looked really different. I didn’t quite understand what she meant so I asked her to explain. She replied, “I don’t know, you just look different.” Looking back it was clear that she had noticed my sudden weight-loss, but maybe didn’t quite want to say it out straight to me. Maybe she thought I would be offended.

Because I would see myself every day, I didn’t notice the weight loss as much as you would expect. Still I continued drinking water, running to the bathroom, and falling asleep almost anywhere I sat. The carefree 19-year-old me didn’t hear the alarm bells. I thought I was “fiiiiiiiiiine” and just tired from staying out late. My parents, on the other hand, had been silently concerned. They suggested that I go to the family doctor to get blood work done. They told me without sounding too urgent, so as not to make me overly worried. Again, while not being too concerned, I went and got my blood tests. In my mind, this was just something to help reassure my parents that I was fine. Sure… what can go wrong when you’re 19?

A couple of days later, I was woken up by a phone call from the doctor.

He said: “You’re diabetic and you need to get to the hospital as soon as possible.”

I almost didn’t even hear him. It was like I was dreaming. How could I, a 19-year-old, who was constantly active, playing sport and eating well, have diabetes?

I put down the phone, went into my parents’ bedroom, and shared the news. They didn’t quite know how to react; they were even more shocked than I was. I explained how the doctor had emphasized the importance of urgently getting to the hospital. We went and, within minutes of arriving in the unit, I was on a drip and briefed on what was to come… the start of my new life.

The team explained to me that my blood sugar reading at the time was 684 – they might as well have been speaking a different language. I had no idea what those numbers meant). To help put it into context, they informed me that I was less than 48 hours away from a coma.

Like most newly-diagnosed people out there, my next few days were filled with uncertain and confused thoughts. What does this mean? What did I do to bring this on? Could I have prevented it? Is my life ever going to be the same? I’m thankful for the dark sense of humour that my two older brothers and I share because they both arrived at the hospital with bags of candy and bottles of cola – that certainly made things more light-hearted!

Still, my life had changed and would never be the same again.

I’ve had type 1 diabetes for eight years now. In a strange way, it’s one of the best things that’s ever happened to me. Now that’s a bold statement, so you’re going to have to let me explain. Having diabetes has given me such incredible focus. Without it, I wouldn’t be doing the things I’m doing and I wouldn’t have met many of the friends that I have made. I wouldn’t be in the business that I’m in and wouldn’t be speaking to people from around the world every day. I wouldn’t be as thick-skinned, be as disciplined, or know what direction I’m going in. I wouldn’t even be writing this piece right now! I’ve learned a lot about myself from this condition. I’ve become stronger and definitely more motivated. If I were given the opportunity to go back and never be diagnosed, I wouldn’t take it. What initially seemed to be an enormous negative has been transformed into a powerful positive. 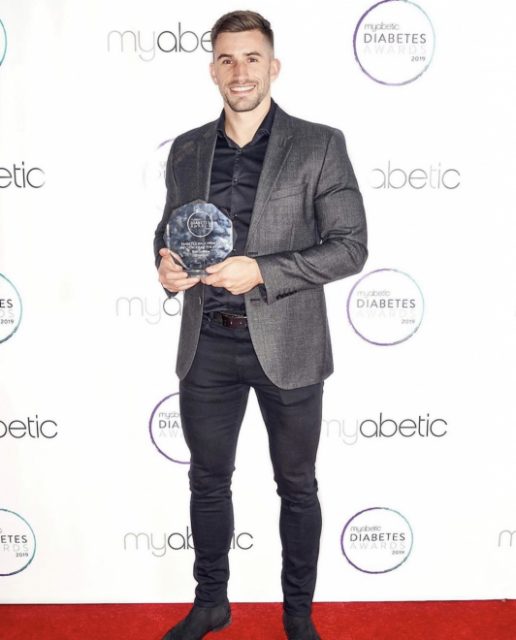 Because of diabetes, I’ve built my own platform where I can share my insights and speak to thousands of people with diabetes every day. I am in contact with those who have had it for years and those who have been recently diagnosed. The contact is honest, real and at times, deeply moving. Through posting my thoughts, advice, experience, and just plain everyday occurrences as a T1D, I’ve established a solid reputation within the diabetic community.

This potentially negative situation has now become one of the most positive elements of my life. From the moment I stepped out of the hospital after my diagnosis, I knew things were always going to be different, but I wasn’t going to let them be different in a negative way.

I remember scrolling through social media and seeing people post about everything and anything. People blogging about shoes, cars, fitness, make up. You name it, it was there. I knew I needed to share my experiences, my thoughts, concerns, and fears around the condition. Not just to other diabetics but to anyone willing to listen. Diabetes is one of the most commonly occurring diseases, yet the average person knows so little about it. I wanted to somehow attempt to change the stereotypical, ill-informed views and opinions about diabetes and that’s really how I became involved in the community.

You have no control over your type 1 diagnosis. You either have it or don’t. It’s just one of those things. But I believe one of the best skills you can ever learn is the ability to turn a negative into a positive. I was always told, “You cannot control everything that happens to you in life, but you can control how you react and respond to anything that life throws at you.”

Listen to Eoin talk more about his diagnosis + the start of his journey with T1D: