With the onset of COVID-19 in China, the government placed drastic restrictions on travel and work. This action led to a huge reduction in the number of vehicular movements and factories running. Now, a recent study published in the journal Science of The Total Environment in August 2020 shows this change had an unintended benefit – it cleared the air over northern China dramatically.

The study looked at changes in the air quality index (AQI) as well as changes in the levels of six air pollutants, namely, PM2.5, PM10, CO, SO2, NO2, and O3, in the COVID-19 period. During this period, large gatherings were limited, and only essential services were allowed to continue, such as healthcare or food provision. Almost all industries were closed down, and very few vehicles were on the roads. Truck traffic and bus traffic declined by 77% and about 40%, respectively, in the Beijing-Tianjin-Hebei region. Schools were not allowed to reopen after the extended holiday.

The researchers selected 366 city areas in China for the study, scattered over its vast mainland area but mostly in the east and southeast of the country. They aimed to compare the selected air pollutants from before and after the lockdown or other control measures were implemented. The ‘before” period was from January 1 to 23, 2020, and the “after” period from January 24 to February 9, 2020. 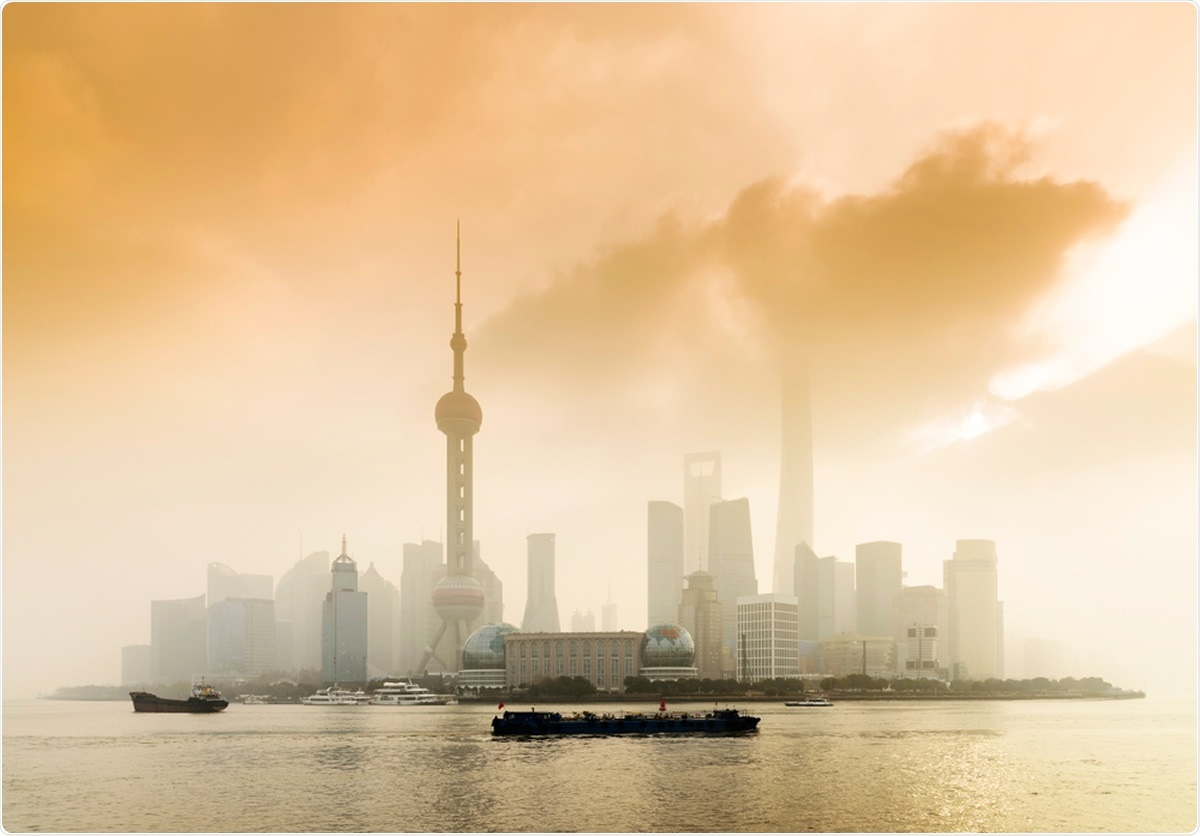 The researchers found that decreased emissions from both the transportation and industrial sectors resulted in lower NO2 levels. However, nitrogen dioxide (NO2) was produced mostly by the transport sector, and it was the single air pollutant that decreased the most in absolute terms in the COVID-19 control period, the final level being 54% lower than the initial concentration.

The closure of secondary industries was the main reason for the decline in PM2.5 from 65 to 51 μg m−3 in 315 of the cities, which is a decrease of -21%. Both the transportation and industrial sector contribute to fine particulate air pollution, however. The researchers point out that though the number of vehicles went up from 5.5 million in 1990 to 327 million in 2019, emissions have not kept pace because of strict emission standards, incentives on electric vehicle use, and a robust public transport system.

Notably, they found a strong positive association between the decline in PM2.5 and air quality index (AQI). This indicates that fine particles are mostly responsible for air pollution. The PM10 level went down by 27%, which led to an increase in the PM2.5/PM10 ratio, indicating that either the impact of sources of dust was reduced, or that secondary aerosol production went up during the control period.

The closure of industries was also the underlying factor for the reduction in CO levels, as was SO2 reduction. The latter showed the smallest decline, at -16%. The researchers point out that the ratio of SO2 to NO2 indicates the proportion of air pollution from industrial and other stationary sources of pollutants relative to that from moving sources.

They found that the averaged SO2/NO2 ratio went up from 0.39 to 0.70 in the control period, which means that stationary sources were the major source of pollution the levels of ozone (O3) also went up. Perhaps this was because as the number of fine particles in the air went down, less HO2 was removed from the air leading to a higher production of O3.

The decrease in air quality index was correlated more strongly with the closure of secondary industries than with the reduction in the number of motor vehicles, showing that the former is more formidable a cause of air pollution than the latter, particularly when it comes to fine particulate matter.

Ozone levels continued to rise, by over 50%, since the lower levels of PM2.5 meant less efficient scavenging of HO2 radicals and thus more O3 production from these charged molecules. Ozone control would require simultaneous declines in both nitrogen oxides and volatile organic compounds since it is their tropospheric interaction that produces O3. However, such control is a difficult task since Chinese winters witness the generation of VOCs from multiple sources

The study shows how it is possible to evaluate the effects of traffic and industrial emissions on air quality in winter in China. This could lead to more informed recommendations about how to control this pollution.

The researchers found that overall, the air quality improved from 89.6 prior to the control period to 71.6. All major pollutants showed a fall except for ozone. They attributed this to the decrease in the emissions originating from vehicles and secondary industries.

Air pollution continued to occur, despite all the reductions in emissions. This highlights the need for greater pollution control from residential units. Since coal heating produces SO2, this pollutant showed the smallest decrease despite the control measures.

In 84 cities, which amount to half of the northern Chinese cities in the study, the AQI was still above 100 in the control period, indicating continuing air pollution at toxic levels. This could be due to thermal power generation plants, which account for a fifth of all SO2 and a third of all nitrogen oxides produced in China. About 40% of fine particulate matter is from residential units. Thus, any future plans to control pollution must take into account these continuously operating sources of pollution.