Child cases increased by 21% between August 6 and August 20, according to an updated joint report from the American Academy of Pediatrics and the Children’s Hospital Association. More than 440,000 children have been infected in the US since the start of the pandemic, the report said. 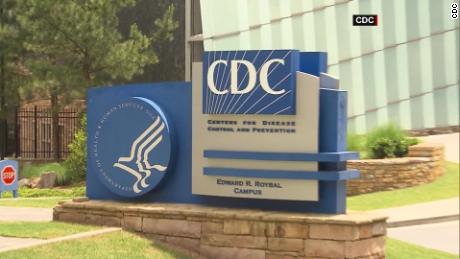 Despite the climbing numbers, severe illness in children from the virus is rare, the report said. But updated guidance from the US Centers for Disease Control and Prevention report posted earlier this month notes the rate of hospitalizations among children is increasing.
Of those hospitalized, about one in three children is admitted to intensive care — the same as adults.
The new data reflects what experts have highlighted as students prepared for a return to school: while the risk for Covid-19-related complications seems to be lower, there are still a lot of unknowns when it comes to children and the virus — including how big their role is in transmitting it.
As several Georgia schools moved forward with reopening earlier this month, hundreds of students and staff were asked to quarantine after districts reported Covid-19 cases. 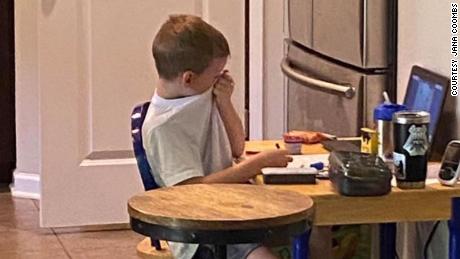 In Florida, a legal battle may determine when students will make a physical return to class.
The Florida Education Association, a teachers’ union, sued after the state announced that all “brick and mortar” schools would have to reopen this month. A judge blocked that requirement Monday with a temporary injunction and the state has since appealed.
In Mississippi, nearly 4,000 students and close to 600 teachers are quarantined due to Covid-19 exposure, officials said. At a news conference Tuesday, state health officer Dr. Thomas E. Dobbs III announced 144 new teacher cases and 292 student cases for last week.
“These numbers that we’re seeing in our schools are not unexpected,” Mississippi Gov. Tate Reeves said. “I am pleased the number of isolations that we’re seeing, the quarantines that we’re seeing.”
“And I’m pleased that there are a large number of Mississippi kids that are sitting in a classroom right now learning in a safe environment and so we got to continue to monitor it, we’ve got to continue to be careful,” he added.
In New York, Mayor Bill de Blasio on Wednesday announced a “Bridge to School Plan” to assist students with their mental health needs at the start of the school year.
The plan includes a student curriculum, training for teachers and resources for in-person and remote learning, according to de Blasio.
“There is no health without mental health,” the mayor told reporters.
De Blasio said new emotional support training will be available to teachers whenever they need it. All 1,600 public school principals across the city have been trained to assist with their mental and emotional needs, New York City School Chancellor Richard Carranza said.

Study: Immune response may play role in why men are more likely to die than women

Researchers have known for some time that men are more likely to die from Covid-19 than women — and a new study sheds light on some possible key differences in immune responses to the disease that may help to explain why. 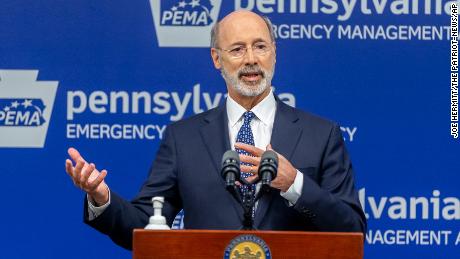 Women appeared to have a more robust immune response to the virus that causes Covid-19 compared with men in the study, which published in the journal Nature.
Researchers from Yale University analyzed blood samples, nasal swabs, saliva, urine and stool specimens from 98 adult Covid-19 patients admitted to the Yale-New Haven Hospital in Connecticut between March 18 and May 9.
Researchers observed “a more robust T cell response among female patients compared to male patients,” they wrote in the study. “Importantly, the T cell response was significantly and negatively correlated with patients’ age in male, but not female, patients.”
T cells are an important part of the immune system and protect the body from infection.
“The study is observational (limiting our ability to make any inference regarding cause and effect), the number of patients in some of the groups is low (making it difficult to draw any firm conclusions) and the underlying hypothesis is very broad (are there sex differences in immune parameters of COVID-19 patients?)” Eleanor Riley, professor of immunology and infectious diseases at the UK’s University of Edinburgh, who was not involved in the study, said in a statement Wednesday.

While cases nationally have been on the decline and the seven-day daily death average has also dipped, experts still point to several areas of concern.
Those include the country’s heartland, which CDC Director Dr. Robert Redfield said last week seemed “stuck” as other parts of the country were noting improvements in Covid-19 trends.
The key, Redfield said, is to stick with mitigation measures, which have helped drive cases of the virus down. 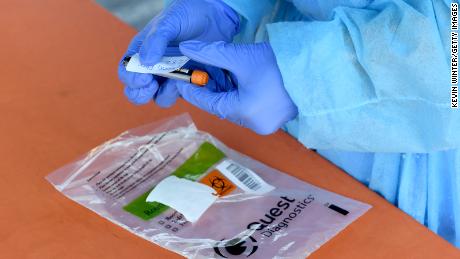 According to the White House Task Force for the virus, there are more areas of concern.
The Atlanta Journal-Constitution and WABE first reported on the group’s latest report, which says Georgia’s improvements remain fragile and the state could suffer more without further aggressive actions to control the spread of the virus — including a statewide mandate on masks and shutting down bars in areas with high transmission rates.
Georgia is among only a handful of states — including Florida — that hasn’t implemented a statewide mask requirement. Masks, experts have said for months, are currently among the country’s most powerful tools when it comes to curbing the spread of the virus.
An influential Covid-19 model updated its US death toll projection last week to show about 70,000 lives could be saved across the country in the next months if more Americans wore masks. 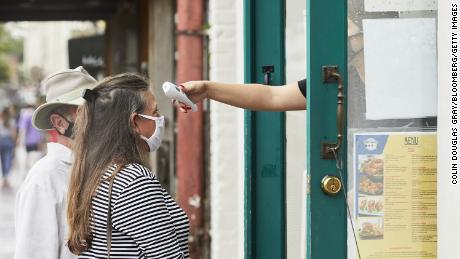 CNN has reached out to the White House and the task force for comment, but in the past they have declined to make these reports public.
Candice Broce, a spokeswoman for Georgia Gov. Brian Kemp, said in an email, “Since the last Coronavirus Task Force report was leaked to the AJC, our new cases per 100,000 people has dropped by 22.68%.” The report was dated August 23.
In the last seven days, cases across Georgia have declined by 12%. Over the last two weeks, the state has seen a 26.26% decrease in cases, according to an analysis of data from Johns Hopkins University.
The governor has defended the state’s Covid-19 strategies and Broce added the task force report, which CNN has not independently verified, shows “Georgia is making progress and has seen a decrease in new cases and a decrease in test positivity over the last week.”
But for the second week in a row, Georgia is among the worst in the nation for new cases.
On Tuesday, the state’s health department reported 2,236 new cases of the virus, bringing the state’s total infections to more than 258,000. It is the state with the fifth-highest number of infections in the US, according to Johns Hopkins. pandemic.