You’re reading the web edition of Health Care Inc., STAT’s weekly newsletter following the flow of money through the health care system. Sign up here to get it in your inbox.

If you’d have invested money in each of the largest health insurance stocks in January 2020, before the pandemic, you would have outperformed both the S&P 500 and the Dow Jones with ease. And there’s no sign that anything will hinder the sector’s future profitability.

This stock bonanza was reinforced over the past week after UnitedHealth Group, Elevance, Centene, Humana, and Molina put their second-quarter earnings in the books — all of which blasted past Wall Street’s expectations. CVS Health and Cigna will finish off the group of legacy carriers this week.

There are a lot of reasons why the health insurance industry has been so profitable, especially as of late: People have gone to the doctor and hospital less (which means insurers retain more of the dollars paid in premiums), and insurers have morphed into large, diversified goliaths that encompass drug benefits middlemen, physician groups, outpatient centers, home health agencies, pharmacies — pretty much everything except hospitals.

There are also a lot of reasons why this likely won’t slow down: Insurers increase premiums and administrative fees the moment medical costs start to rise. This is already happening with hospital negotiations, as last week’s newsletter mentioned. And some Health Care Inc. readers who work at small employers also said they’re staring at double-digit hikes to their premiums for 2023 — something we started to see as early as April.

Hospitals have been yelling about inflation and high labor costs to Medicare officials for months, arguing their payments should reflect the changing economic landscape. We’re about to find out if their aggressive lobbying campaign worked.

The Centers for Medicare & Medicaid Services will release the final 2023 inpatient rule for hospitals next week or soon after (the regulation still needs to clear the White House’s budget office). Hospitals were furious about Medicare’s initial proposal to raise payment rates by 3.2% next year. The American Hospital Association said in June it was “woefully inadequate” because it didn’t account for the “unprecedented inflationary environment.” The Federation of American Hospitals recited the same talking points.

Since then, hospitals have twisted the arms of 30 senators and 112 representatives to stump on their behalf. The AHA also met with CMS officials to discuss the regulation on July 26, according to federal records. The lobbying group declined to answer questions about that meeting.

Executives at Emory Healthcare, an 11-hospital system in Atlanta, also sat down with Medicare officials in April, when the rule was first proposed. Emory bemoaned how the “rapid and continued rise in labor costs jeopardizes short-term financial viability of hospital services,” according to meeting documents obtained by STAT. (Related: Emory and its associated university have more than $11 billion in cash and investments, turned a 3% operating margin last year, and just received stable credit marks from Moody’s and S&P, with Moody’s saying, “Emory retains a significant amount of liquidity.” Doesn’t exactly sound jeopardizing.)

It’s worth pointing out that taxpayers will foot the bill for any and all payment bumps the hospitals get. . But that’s not the only issue we’re following here: My colleague Tara Bannow will be watching to see if Medicare cements its proposal to stop publishing some hospital safety data.

Take a dip in the ACA’s risk pool

ACA risk adjustment is a mechanism that prevents health insurers from cherry-picking people. Each year, ACA insurers in every state look at how sick their members are — those who have “lower-risk” (healthier) members pay into the state’s pool, and those who have “higher-risk” (sicker) members take money out of the pool. This program is a zero-sum game, unlike Medicare Advantage’s limitless risk adjustment money cannon.

Startup insurers continue to pay some of the biggest sums into the ACA’s risk adjustment program, indicating they still attract a mostly healthy crowd. Bright Health Group paid more than $1 billion, just for individual ACA plans, across all of its states in 2021. Oscar paid more than $725 million. Alessa Quane, Oscar’s chief insurance officer, said in a statement its members are “typically younger and healthier than the overall ACA average.”

Krutika Amin, an ACA marketplace expert at the Kaiser Family Foundation, notes more money was flowing around in these risk pools in 2021. The reasons: Federal coronavirus subsidies brought more people into the market, and more people were coded as having at least three conditions. Amin acknowledged that “upcoding could also be a piece of it.”

IQVIA is no Fort Knox of patient data

Five years ago, IMS Health and Quintiles merged into what today is known as IQVIA — the data powerhouse that works closely with pharmaceutical companies and device makers.

But new privacy lapses poke holes in the company’s “carefully crafted image as a Fort Knox of highly sensitive data,” my colleague Casey Ross writes in a new investigation. IQVIA has a long-running relationship with the credit reporting firm Experian, and the anonymized data that Experian collects was being shared too freely within IQVIA’s ranks, to the point where details about income, religion, and ethnicity could be used to re-identify individual people.

IQVIA is not a small fish. It has a market value of more than $40 billion — a value built largely on the data it has. But as one data privacy expert told Casey: “All these people are sharing data about you behind your back, and they’re putting together dossiers about you … and you don’t have the right to address it in any way.” 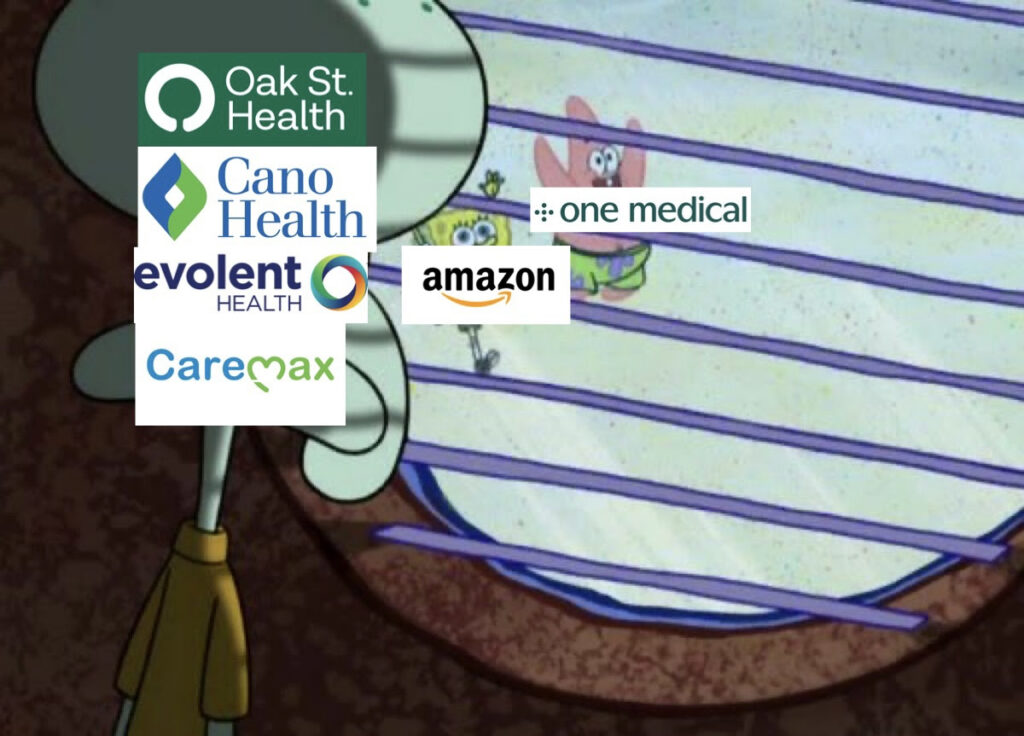 Use Of Sleep Medications Among Americans Declining In Recent Years