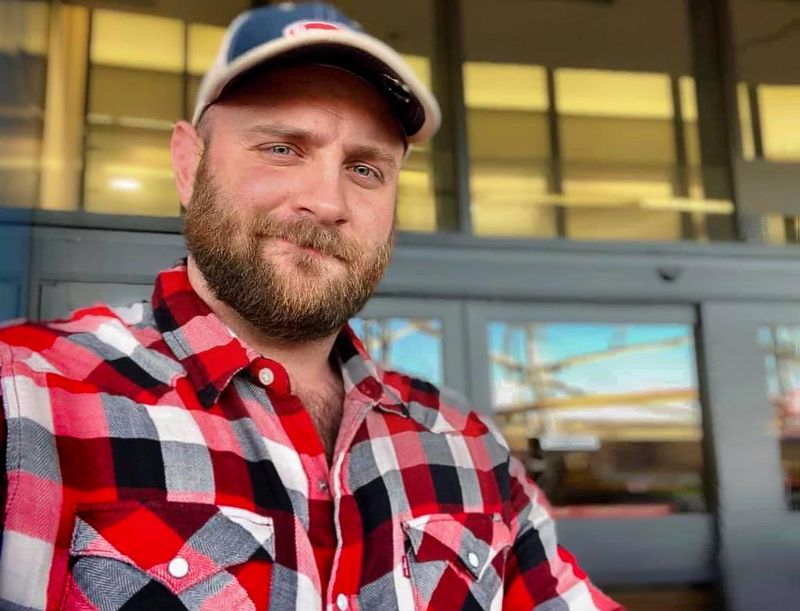 What do a small business owner in the American Midwest, a corporate manager in Sao Paolo and a real estate lawyer in London all have in common?

All three are gay men. And though they’re scattered across three continents, each has joined the ranks of more than 21,000 patients across 79 countries who are waging unexpected battles against a rare viral infection, monkeypox.

All three of the men are on the frontlines of what the World Health Organization (WHO) now calls a global public health emergency.

“It is nothing I would ever wish on anybody,” warned Chicago resident Josh Watson, still recovering from excruciating symptoms.

On the first day of his illness “I woke up with a sore throat, which I didn’t think too much about,” the 33-year-old said. “But by the afternoon my lymph nodes were sore, I noticed a lesion forming on the roof of my mouth, and my throat was worse.”

That was on a Friday. By Monday morning, Watson was suffering severe headaches and body aches, “and I had another lesion show up on my chin, and one down in my pubes at the base of my penis.” So, he went to get tested for monkeypox. A day later, the results came back positive.

“After I was diagnosed, I got worse, much worse,” Watson said. “I was really tired. And I had clusters of lesions in the back of my throat. I couldn’t eat solid food. And I ended up getting a large lesion on my uvula,” the fleshy nob that hangs down at the back of the throat. “That made it hard to drink.”

More lesions popped up on his arms, legs, feet and cheek and, eventually, internal lesions developed in his rectum.

“At first, it was a little painful to have a bowel movement. But then it progressed to the point where I was moaning and crying, even with stool softeners,” Watson said. “And my prostate became inflamed, making it hard to pee. I have a very high tolerance for pain, but I think this was like a 9 or 10 out of 10. The pressure inside was so bad I couldn’t even sit up.”

Most patients have been caught unawares by monkeypox.

As July 4 approached, Watson did think monkeypox was a concern, but not that much of a concern. He said he’ already considered trying to get vaccinated, but at the time there were only a few hundred cases around the world, “and the odds didn’t seem like this would happen to me.”

So, the wireless communication expert hopped on a plane and headed down to Dallas, where he spent the holiday weekend at a series of dance parties, pool gatherings and bar events.

At pretty much the same time — though roughly 5,000 miles away — Sao Paolo resident Jean Araujo was similarly unconcerned.

“Yes, I had heard about monkeypox, but as a thing that happened in other places,” the 37-year-old said. “I really didn’t expect it to affect me.”

And about a month earlier and 6,000 miles away, David — a 49-year-old British attorney based in London — said he’d also been oblivious to the risk.

“This was mid-June and, yes, I had heard about this rare something,” he said. “I mean, it had been reported in the news. But getting monkeypox didn’t even occur to me. The idea seemed ridiculous. And it certainly didn’t affect any of our plans,” which included an upcoming trip to Mykonos, Greece, with his husband, Marc.

Prior to the trip, Marc hooked up with a man he met in London. “We are married, but not monogamous,” David explained.

The problem is that a month earlier that individual had attended a gay pride festival in Spain, an event that would eventually be linked to some of the very first cases in the outbreak.

In short order, all three men would end up testing positive for monkeypox, which can be transmitted via any kind of intimate skin contact with either a rash, scab or body fluids, and/or with contaminated clothing and linen, according to the WHO.

On July 5, Watson received a text from a friend in New York City. He and Watson had been at several of the same events in Dallas, and the friend had just tested positive for monkeypox.

Back in Chicago, Watson, who is HIV-positive, immediately contacted his doctor, who put him in touch with that city’s Department of Public Health. Within two days, Watson — and the partner with whom he’s in a committed but open relationship — were able to get the Jynneos monkeypox vaccine. To date, it’s the only vaccine authorized by the U.S. Food and Drug Administration to combat the disease.

The vaccine — which remains in short supply — has been shown to reduce the risk for disease even after exposure, as long as it is administered within the following four days.

“Unfortunately, the next day I started showing symptoms,” Watson recalled.

Meanwhile, in Sao Paolo, within just 48 hours of the date where he believes he was exposed, Araujo started to notice some pustules forming on his hands.

“By Monday morning, it was too painful for me to go to work,” he said. “So, I called my boss, and told him that I thought I had been bitten by a spider or a little bug.”

Araujo then made his way to the Emilio Ribas Institute of Infectious Diseases, one of the top infectious disease institutions in Brazil. Two days after testing, he got his results: positive.

In London, a few days before he was to fly to Greece, David thought he’d come down with a sexually transmitted disease (STD).

“I got a kind of burning sensation when I peed,” he said. “Just a little bit. Then, that got a little bit worse.” He then noticed “tiny little white blisters” on his penis.

After the burning sensation turned to pain and blood in his urine, David got scared.

“I went in and was swabbed for everything, including monkeypox,” he remembered. “I still thought I had a standard STD. But that night, I got a pustule on my right temple. Then I started to freak out. I realized that this is monkeypox.”

On Monday, another pustule appeared on the sole of one foot, shortly followed by more. And on Tuesday the call from the lab came in: positive for monkeypox.

Following his diagnosis, Araujo’s mildly painful hand pustules took about a week to clear up on their own — absent any treatment.

As for David, “I had 17 spots on my body that I could see. I didn’t have a fever or aches. But at the height of my pain when peeing we’re talking like razor blades passing through your urethra. There was a five-day period where it was [expletive] unbearable. We’re talking like grown men crying. It was awful.”

Of the three men, Watson’s illness was the most severe.

After his symptoms worsened, Watson went to the emergency department at Chicago’s Northwestern Hospital, hoping to get an antiviral medication called TPOXX.

Though part of the U.S. Strategic National Stockpile as an approved treatment for smallpox, the drug has never been formally tested on monkeypox in humans. “So it’s only for off-label use, which means only certain doctors can prescribe it,” Watson said. “It was like 130 pages of paperwork for authorization. I had no idea how difficult it was going to be to get it.”

That situation could soon get easier, however: On Friday, federal health officials announced they are taking steps to streamline the process to obtain TPOXX.

Watson was admitted to the ER overnight. “At that point my throat was closing up, and I was worried that it would get to the point that I might not be able to breathe,” he said. A battery of blood tests, X-rays and intravenous fluids ensued, but the next day he succeeded in getting a two-week supply of the first and only anti-pox medication in the United States.

Things began to quickly turn around.

“I took the first dose that night and by the next morning I could actually eat,” Watson said. “Not without some pain and discomfort, but I could eat. And the lesions started to completely reverse course and disappear.”

Watson is now 18 days out from his first symptoms. “I still have rectal pain, though. And my biggest thing now is one lesion on my left foot. But I would say a full week out on the medicine and my pain was down to a 4. Still really uncomfortable, but not searing pain. My mouth is cleaned up. I don’t have a breathing concern. And I have three and a half days left of the meds.”

When Watson was diagnosed he was just one of only 140 confirmed cases of monkeypox across the United States. Just two weeks later, almost 5,200 Americans are known to have been infected, with similarly explosive increases seen around the world.

It’s sobering numbers like that that motivated all three men to tell their stories.

“I think it’s important to take your health into your own hands. So I’ve been posting about it a lot on social media, sharing my experience within my circle of friends. Sounding the alarm,” he said. “And at least by letting people know what getting this has been like for me, I’m hopefully making people more knowledgeable, and more aware.”

There’s more on the monkeypox outbreak at the U.S. Centers for Disease Control and Prevention.

Ongoing Debate Whether COVID Links to New Diabetes in Kids

Ongoing Debate Whether COVID Links to New Diabetes in Kids