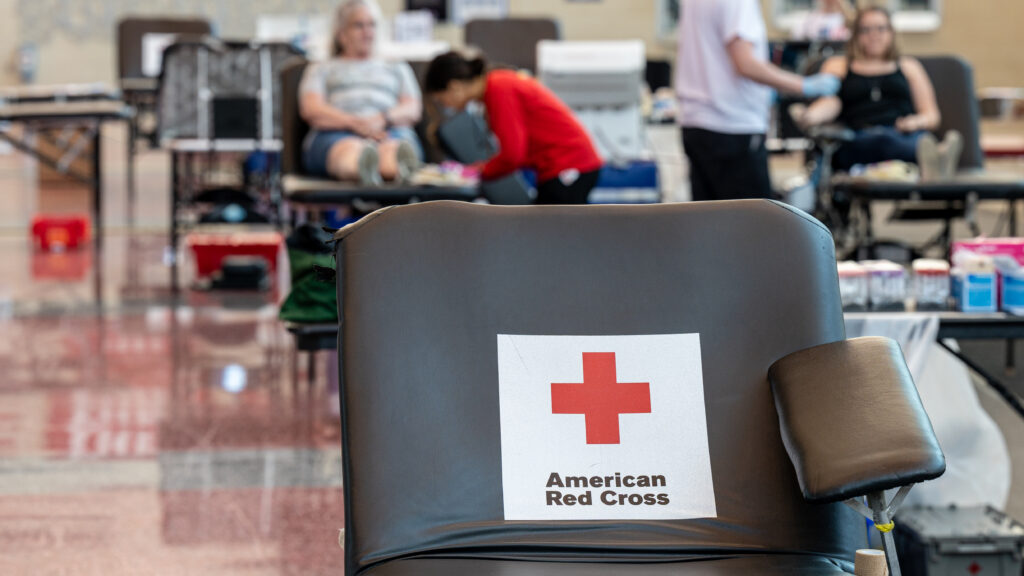 As monkeypox continues its relentless spread around the globe, organizations in the U.S. are taking steps to safeguard the nation’s blood supply.

In addition to the temperature checks that are part of standard health screens for prospective donors, the American Red Cross is adding arm examinations to check for the distinctive lesions that are a hallmark of the disease. And beginning in October, the Red Cross will require individuals who have been diagnosed with monkeypox or exposed to someone with a monkeypox infection to wait at least 21 days before giving blood.

“This decision is a reasonable response to prevent transmission of the monkeypox virus given scientific uncertainty about whether it is capable of spreading through blood,” Lawrence Gostin, who runs the O’Neill Institute for National and Global Health at Georgetown Law, told STAT via email.

Worldwide, there have been no reports of transmission of the monkeypox virus through blood transfusion. And the risk of being infected through donated blood remains theoretical. Evidence suggests the virus is spread most commonly through direct contact with lesions and respiratory droplets. But there have been a few reports of monkeypox showing up in the blood of patients.

A study in The Lancet, published this week, found that six out of seven patients diagnosed with monkeypox in the U.K. between 2018 and 2021 had detectable virus in blood samples. And last month, a network of doctors across North America, South America, and Europe studying the current outbreak reported in the New England Journal of Medicine that they had found monkeypox virus in a handful of blood samples taken from their patients.

The blood is the body’s superhighway. And the lesion-causing virus uses it to spread from the site of initial infection to other areas of the skin. But because it’s only recently that the virus has started spreading between people, researchers don’t yet have a good handle on how long it lasts in the blood, or if it persists at high enough concentrations to transmit to others who come into contact with blood from someone who is infected.

“There’s a lot of uncertainty right now about the potential for bodily fluids to cause monkeypox infections,” said Peter Chin-Hong, an infectious disease expert at the University of California, San Francisco. “We don’t know what detection in blood means for transmissibility.”

For that reason, he sees the new Red Cross policy as a useful, if somewhat crude, first step. But he worries that it could be missing some cases.

Historically, monkeypox has caused rashes that erupt around the face and oral cavity before spreading to the extremities, accompanied by a flu-like array of symptoms. But as the virus has spread outside of West and Central Africa — where it is endemic — the pattern of disease it causes has begun to shift. In June, the U.S. Centers for Disease Control and Prevention warned doctors to be on the lookout for symptoms that don’t match the typical descriptions of the disease, including single lesions, often near the genitals, instead of the full-blown rash, and the absence of fever, headache, and lymph node swelling.

Conversely, the policy might keep viable donors away, at a time when the nation’s blood supply is the lowest it’s been in more than a decade. In January, the American Red Cross declared a national blood crisis.

“We know that treatments reduce viral load very quickly,” said Chin-Hong. “So this policy might be raising the red flag where there’s probably low risk, particularly at the end of 21 days. What would be even better would be to move to a molecular screening test, particularly if the virus becomes endemic here.”

Blood banks currently screen for known blood-borne pathogens, like hepatitis B and C, West Nile virus, syphilis, and HIV. Building and validating a similar test for monkeypox would take time. A spokesperson for the American Red Cross told STAT the organization has no immediate plans for adding molecular screening for monkeypox.

The organization’s deferral policy is being implemented “out of an abundance of caution,” she added.

The FDA has not yet issued specific requirements for blood donor deferral as it pertains to the monkeypox virus.

With monkeypox spreading globally, many experts believe the virus can’t be contained

A spokesperson for the agency told STAT via email that routine measures used to determine blood donor eligibility — like temperature checks and health questionnaires — should be sufficient to prevent individuals with symptomatic infections from donating blood. And she noted that at this time there are no blood screening tests available that could test for the presence of monkeypox virus in the general population.

“For these reasons, there is no current recommendation to ask donors specific questions about risk factors for monkeypox virus,” she wrote, adding that the FDA will continue to work with the CDC to monitor cases and “consider recommendations, as appropriate, as additional information becomes available.”

Currently, the majority of monkeypox transmission is occurring in social networks of men who have sex with men — a community that’s already limited in its ability to give blood.

In 1985, during the height of the AIDS epidemic, the FDA banned gay and bisexual men from ever donating blood. That policy was partially lifted 30 years later, when the agency moved from a lifetime ban to a year of abstinence before giving blood. In April 2020, that deferral policy was shortened to three months. The agency is currently reconsidering the policy, after continued backlash over its discriminatory effects on the gay community and the lack of scientific evidence underpinning it.

“The current decision seems to be a more measured response justified by the high ethical duty to keep our blood supply safe,” said Gostin. “Once science is able to exclude the possibility of bloodborne transmission, the policy should quickly change to prevent any stigma.”

Travel Restrictions Blocked Much of COVID From Entering Canada

Travel Restrictions Blocked Much of COVID From Entering Canada