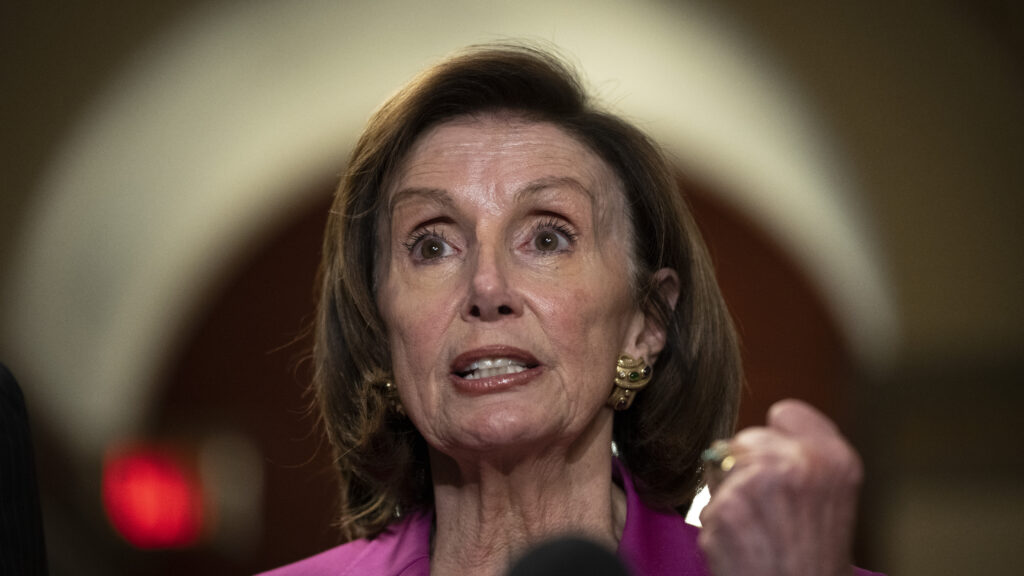 When she first took the speaker’s gavel in 2007, Pelosi promised six policy accomplishments, on national security, energy, education, and health care. She passed six bills within 100 hours of assuming power. The only promise that didn’t become law was allowing Medicare to negotiate for prescription drugs — until Friday, when the House passed a major health care, tax, and climate package by a vote of 220 to 207.

“We have been trying for decades to prevail to win legislation that enabled the Secretary to negotiate for lower prices. Big Pharma has had a stranglehold on the Congress so we couldn’t get it done. Until now,” Pelosi told reporters Friday.

Pelosi’s determination, and that of her aides, played an outsized role in shaping the final contours of those drug pricing provisions. Pelosi was key in getting Sen. Kyrsten Sinema (D-Ariz.) on board with the reforms in the fall, after the White House threw in the towel and said it was too difficult to get consensus on drug pricing in the Democratic caucus.

“Pelosi was critical. She’s totally committed to this. … Obviously, at critical moments, [that] can make a huge difference,” Rep. Peter Welch (D-Vt.) said at the time. Welch is a longtime advocate for drug pricing reform who is also part of the House leadership team.

While she faced down rebellion from pharma-friendly moderate members in a dramatic committee vote in September and was forced to tweak the legislation to appease moderates again during the floor vote on the policy in November, Pelosi held her caucus in line on Friday with little margin for error.

Credit for the bill crossing the finish line doesn’t solely lie with Pelosi, however.

The House vote was much less dramatic this time in part because Senate Majority Leader Chuck Schumer (D-N.Y.) haggled with moderates in his caucus and shepherded the package through a procedural gauntlet in recent months, despite having zero margin for error in the narrowly divided chamber. The White House also was involved in talks last fall.

The vote Friday cemented the loss for the pharmaceutical industry, which vehemently opposed the reforms.

The policy that passed Friday is undoubtedly more modest than one Pelosi first envisioned. The negotiation mechanism, for example, saves the government roughly $100 billion over a decade instead of $460 billion in a consequential early version of the legislation that Pelosi championed in 2019.

But it’s still an accomplishment that Democrats can tout on the campaign trail as Pelosi’s caucus desperately tries to hold on to power in the midterm elections in November — even if the policies won’t fully kick in for years.

The midterms will be competitive, and it’s possible the drug industry could get involved to support Republican candidates in retaliation for Democrats’ aggressive drug pricing moves. PhRMA President and CEO Steve Ubl has publicly threatened that Democrats who support the bill “will not get a free pass,” but Pelosi dismissed his threat on Friday.

“It’s interesting that Big Pharma’s leader has said the Democrats will pay for this. Really? For lowering costs for America’s families for prescription drugs? OK,” she quipped.

When Adults Sign Up for Medicaid, Kids Can Benefit