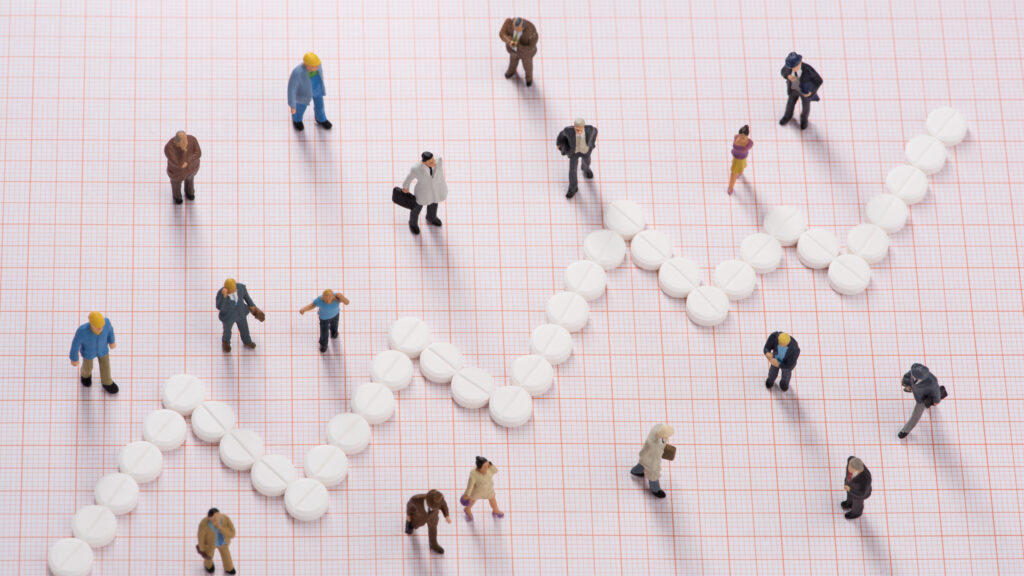 The passage of the Inflation Reduction Act brings a new era to drug pricing in the United States. After decades of being an outlier, it now joins every other developed nation in having the federal government engaged in negotiating drug pricing.

The pharmaceutical industry will continue its fight to blunt the implementation of the law, but in coming years Medicare prices for a limited number of high-cost medications will be lowered, with new prices established either through steep discounts off the average price in the private insurance market or by considerations of comparative effectiveness and other factors within a broader “negotiation” process.

For many patients, clinicians, and policymakers, this move to constrain prices represents a victory born out of decades of concern that drug prices were reeling out of control, harming patients, placing health system and government budgets under tremendous stress, and ultimately forcing unsustainable costs onto taxpayers, who pick up the tab for Medicaid, Medicare, and other programs.

But the story is not that simple.

The short-term benefits of lower prices for current patients, and for the financial health of the Medicare system, are undeniable. Long-term, however, lower profits on some drugs may lead pharmaceutical companies to shift their investments to more profitable treatment areas, or even reduce their investments in new drug development. This means that some patients in the future may not have a treatment that otherwise would have been developed, one that could help them, perhaps even save their lives.

Managing tradeoffs of this nature is an inescapable part of any health system, and I argue that the Inflation Reduction Act is indeed a major victory in that it marks progress in managing the potential tradeoffs between affordability and future innovation more openly and honestly.

The law itself is a compromise intended to recognize this tension. Some Democrats were particularly concerned about the risk that price regulation would “stifle” innovation leading to new, transformative drugs, so the new law leaves pricing power in the hands of drug companies during the early years of a drug’s life and empowers Medicare to negotiate prices for a limited number of drugs only after they have been on the market for at least seven years and only if they still lack competition from generic versions.

Is this the right way to strike a balance?

Years downstream, it will be hard, if not impossible, to figure out what drugs might have been developed had it not been for the imposition of negotiated pricing. But what is inescapable is that by turning down the spigot of profits for some drugs later in their lifespan, drug companies will react by ramping up the initial launch prices of these (and other) drugs when they first enter the market.

Launch prices have already been accelerating rapidly in recent years. A recent study out of the Program on Regulation, Therapeutics, and Law at Brigham and Women’s Hospital in Boston found that median launch prices for new drugs, after rebates to insurers, increased from $1,376 in 2008 to $159,042 in 2021. Reuters reported in mid-August that for drugs launched so far in 2022, the median price is $257,000 for a year’s course. That is nearly four times the annual salary of the average American family — and these expensive drugs must often be taken with others.

Now that the Democrats have expended every measure of their political will to pass the Inflation Reduction Act, and with Republicans steadfastly against governmental efforts to regulate drug pricing, further legislative action seems years, if not decades, away.

It would be extraordinary for pharmaceutical companies not to take this opportunity to push U.S. drug launch prices to even higher levels.

There is another feature of the drug development landscape that will further strengthen the launch pricing power of drug companies, and it is a testament to the growing success of basic science and capital investment in biotechnology. Many of the drugs that end up being priced at the highest levels today are potentially transformative treatments for serious conditions. There is still an important quotient of overpriced “me-too” drugs based on existing mechanisms of action that offer little added benefit compared to other existing treatments. But there is a rising proportion of drugs, some of them novel cell and gene therapies, that have the potential to halt disease progression or even provide a cure for previously untreatable serious conditions, including some blood cancers and rare, fatal conditions of childhood.

I once asked a room full of policy experts, patient advocates, and physicians about what, if anything, was special about the way that insurers should handle the growing number of these types of expensive new treatments. One physician raised her hand and said, “We simply have to provide them.” Everyone nodded in agreement.

The corollary to this moral imperative is that insurers have no negotiating leverage because there is no real option of saying “no.” There is neither the desire nor the ability to walk away from the table and deny coverage for these kinds of treatments. What that dynamic does for the pricing strategy of drug companies who have the power to set their own prices for new treatments is obvious. And that dynamic is why launch pricing, the next challenge of drug pricing reform, will be an even greater test of the country’s ability to strike a balance between affordability and the hopes for future innovation.

But it is inevitable that we face this issue. When the U.S. gives a drug company a monopoly on a treatment to reward its risk taking, investment, and expertise, and instead of wrestling with the company over insurance coverage tacitly agrees that coverage will be provided so all patients can benefit, some mechanism is needed to suggest an upper limit to the price that a company feels it can charge at the time the drug enters clinical use. This is not just to save taxpayer dollars, prevent states from having their Medicaid budgets blow up, or provide savings that can be used to pay for other government programs. It is because rising health care costs that outstrip wage growth cause real harm to patients and families who may not be able to afford health insurance, or who are forced to make quiet but desperate sacrifices in other areas of their health or wellbeing to try to afford the drugs they need.

How far away is this future time when launch prices will need to be on the docket? The insurance market is already seeing “alternative funding programs” in which employers strip out coverage for certain expensive medications as a way to force their employees to leverage manufacturers’ patient assistance programs. Some small employers, trying to provide health insurance at all, feel that their only choice is to exclude coverage for all cell and gene therapies. What will happen if the U.S. enters a prolonged recession and employer profits get squeezed further? Here is the simple logic: Ever-higher launch drug prices restrict access, which causes more suffering and death, especially for Americans of lower economic means.

This cannot be the future Americans accept and hope to leave for our children. We cannot be satisfied solely with negotiating late-in-life prices for a few drugs. The inclusion of drug pricing reforms in the Inflation Reduction Act shows that Congress — and the rest of the nation — can muster the courage to face the potential tradeoffs that must be made to maintain an innovative yet affordable health system. That is a legacy worth building on.

The Inflation Reduction Act is a victory for honest reckoning with this tradeoff, but it must not signify “mission accomplished” due to the desire to score political points or the tendency to succumb to political exhaustion. Patients today, and those in the future, need the country to address the ever-rising launch prices of new drugs, and to begin doing it now.

Steve Pearson is the founder and president of the Institute for Clinical and Economic Review, an independent nonprofit research institute that evaluates the comparative effectiveness and value of health care interventions, including pharmaceuticals.

Why Coffee & Cigarette Is a Morning Ritual for Millions