Adacel Approved for Use During Pregnancy to Prevent Pertussis in Infants

by admin
in Medicines & Healthy Lifestyle

The Food and Drug Administration (FDA) has approved Adacel® (tetanus toxoid, reduced diphtheria toxoid and acellular pertussis vaccine, adsorbed [Tdap]) for immunization during the third trimester of pregnancy to prevent pertussis in infants younger than 2 months of age.

The FDA also reviewed data from a retrospective passive surveillance study (ClinicalTrials.gov Identifier: NCT00258882) that included women who received Adacel during pregnancy (n=225) and controls (n=675). Findings suggest that the rates of major birth defects and miscarriage in women who receive Adacel within 30 days prior to pregnancy or during pregnancy are consistent with estimated background rates. There were 21 reports of spontaneous abortion (9.3%) and 15 congenital anomalies (6.7%) in the Adacel exposed group, and 102 spontaneous abortions (15%) and 57 congenital anomalies (8.4%) in the control group.

Adacel is administered as a single 0.5mL intramuscular injection. To prevent pertussis in infants younger than 2 months of age, Adacel should be administered to pregnant individuals during the third trimester of pregnancy. Pregnancy outcomes in women exposed to Adacel during pregnancy are monitored through a pregnancy exposure registry. Patients and health care providers are encouraged to contact Sanofi Pasteur at (800) 822-2463 or online at www.sanofipasteurpregnancyregistry.com.

Adacel is also indicated for active booster immunization against tetanus, diphtheria and pertussis in individuals 10 through 64 years of age.

This article originally appeared on MPR

Please login or register first to view this content. 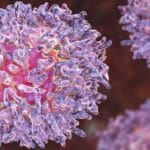 Don’t miss out on today’s top content on The Medical Bag. Register for free and gain unlimited access to the latest in medical news, and lifestyle and business advice, with personalized daily picks for you. There’s something for every health care professional on The Medical Bag.

Please login or register first to view this content.

Why Has COVID Spared Africa?

Why Has COVID Spared Africa?

A Physician-Chef Promotes Health Through Food in His Business

Jesduvroq Approved for Anemia of CKD in Patients on Dialysis

Prescribing Medication Dosage According To DNA Profile Lowers Side Effects By 30%: Study